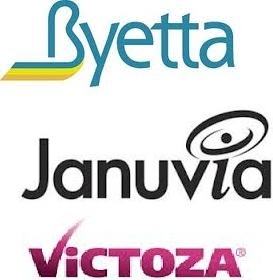 Januvia, Byetta and Victoza are type 2 diabetes drugs that have been linked to pancreatic cancer.  All three drugs  are part of a class of medications known as incretin mimetics, which work by imitating the action of endogenous incretin hormones such as GIP and GLP-1.  First introduced in 2005, these drugs were quickly subject to claims that they were causing pancreatitis among its users.  More recently, however, studies have poured in suggesting a connection to a more harmful side effect, pancreatic cancer.  Among these studies include: Downtown L.A. Law Group is currently evaluating Byetta, Januvia and Victoza claims of pancreatic cancer.  Our attorneys urge that if you or a loved one is suffering from pancreatic cancer after taking these drugs, to please contact our law offices for a free case review.

What is Pancreatic Cancer?

Pancreatic cancer is one of the most harmful forms of cancer.  The pancreas is an organ located deep in the body behind the abdomen.  Pancreatic cancer cells form when there is an uncontrolled cell growth on the pancreas, forming into an abnormal type of tissue known as tumors. Left untreated, the tumor forms in other parts of the body, obliterating healthy organs.  This is called metastasis, and once this occurs, there is an incredibly low rate of survival, as little as ninety-five percent. Symptoms of pancreatic cancer are:

The manufacturers of type 2 diabetes drugs Jenuvia, Byetta and Victoza could be held liable to consumers  who used their drugs because the drug makers knew or should have known about the potential dangers, specifically the risk of pancreatic cancer for years, but failed to take any affirmative action in order to alleviate the risk.  These companies knowingly chose to put profits ahead of consumer safety for years, as profits from these drug soared. It has been reported that Merck, the manufacturer of Victoza has garnered sales in excess of $4.1 billion dollars for Victoza in 2012 alone.  Januvia, also by Merck, has proven to be another boon to the company, generating a net profit for the company of over $1 billion in 2011 alone.  Byetta, distributed jointly by Amylin and Eli Lilly Co., generates roughly $1.2 billion of sales per year.  These companies failed to adequately warn consumers of the inherent risk of pancreatic cancer associated with Januvia, Byetta and Victoza despite the availability of reports and studies showing it’s prevalence. Currently, there are no Januvia, Byetta or Victoza class action lawsuits, but cases are coming forward on an individual case basis.  However, lawsuits for these drugs have been consolidated in California and New Jersey where cases are treated seperately.

Downtown L.A. Law Group and its attorneys are currently evaluating type 2 diabetes drug claims of pancreatic cancer.  Each state has a different time limit on when you can file a lawsuit, and failure to do so in a timely manner may result in a complete bar of your claim.  Contact us today for a free case evaluation.