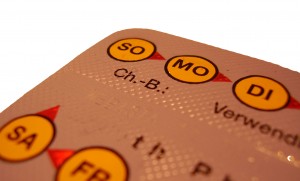 Yaz is a prescription birth control pill manufactured by Bayer Healthcare Pharmaceuticals approved in 2004 by the United States Food and Drug Administration (FDA).  Since its inception, Yaz has been used by roughly 100 million woman and has been known to cause serious side effects, including blood clots, pulmonary embolism and stroke.  The Yaz attorneys at Downtown L.A. Law Group understand the fragile nature of victims who have used this defective drug.  We will make sure your needs are met, and that every client receives personal representation.

Yaz is a combination oral contraceptive (COC) and only available by prescription.  Similar to other birth control pills, Yaz contains hormones estrogen and progestin for the purpose of averting unwanted pregnancies.  Yaz has also been prescribed to treat symptoms associated with premenstrual dysphoric disorder (PMDD), premenstrual syndrome (PMS), and temperate acne.  Unlike other forms of birth control however, Yaz uses a form of progestin called drsp or dropsirenone, a hormone that has been shown to cause serious medical injuries due to an increase in user’s potassium levels.

Dangers and Side Effects of Yaz and Yasmine Birth Control Pill

Shortly after Yaz’s approval, the FDA was being flooded with complaints of serious injuries or even deaths related to woman taking Yaz.  A 2009 study by the British Medical Journal discovered that drugs containing the hormone drospirenone contribute to increased occurrence of blood clots.  A study done by the FDA in 2011 that drugs like Yaz have considerable health risks and raises the chance of a blood clot by over 75%

Use of Yaz has proven to increase the risk of a blood clot.  Blood clots can be healthy and even save lives as they are commonly used by our bodies to stop bleeding.  However, in the case of Yaz and Yasmine, blood clots are formed unusually which often lead to heart attacks, stroke or serious injuries.  Yaz pills have been linked to a six-fold exacerbation to the risk of thromboembolism; the development  of clots in the user’s leg or thigh that can eventually migrate to the lungs, heart, brain or other vital organs. Bayer, the parent company of Yaz and Yasmine has continually denied these reports, asserting that its drugs pose no greater risk than any other low-dose estrogen product studied.  If you are taking, or have taken Yaz or Yasmine, you be on notice if you experience:

Yaz has been linked to an increased rate of stroke since it was introduced to the market in 2001.   More recently, scientist across the world have associated high incidences of a blood clot and the use of Yaz.  Blood clots can cause a stroke by restricting the stream of new blood to the brain.  The lack of blood restricts oxygen to the brain cells, causing severe damage.  In fact, strokes currently are the third leading cause of death in the United States, and the second biggest cause across the world.  Some common signs of a blood clot are:

Other Yaz or Yasmine Side Effects

Over the last few years, Yaz has been the most widely prescribed birth control pill on the market.  As a result, thousands of woman have experienced  serious traumatic side effects, including:

Similarly, use of Yaz has led to some non-life threatening side effects.  These side effects are quite concerning as they often lead to more serious consequences.  Furthermore, since Yaz has only recently been introduced, the long term side effects have not yet been established.  Less severe side effects include:

Use of Yaz Resulting in the Death of a Loved One – Filing a Wrongful Death Lawsuit:

Unfortunately serious side effects linked to the use of Yaz can result in death. Numerous jurisdictions across the United States permit relatives of those who have perished due the negligent or intentional acts of others for file a civil lawsuit for monetary compensation. Pharmaceutical manufacturers can be held liable under a wrongful death cause of action. Jurisdictions across the United States have different rules as to who is able to file a lawsuit for the death of a relative (family member). For example under California Wrongful Death CODE OF CIVIL PROCEDURE  SECTION 377.60-377.62 a cause of action for wrongful death can be asserted by The decedent’s surviving spouse, domestic partner, children, and issue of deceased children, or, if there is no surviving issue of the decedent, the persons, including the surviving spouse or domestic partner, who would be entitled to the property of the decedent by intestate succession.

The FDA has repeatedly warned Bayer regarding the marketing of Yaz.  In October 2008, the FDA issued a warning letter to Bayer indicating that the company failed to notify or made light of the serious side effects associated with the drug such as heart attack and blood clots in its television ads. On March of 2009 the FDA accused Bayer of excluding  risks associated with Yaz and misleading users in promotional materials.  In November the same year, a recall of Yaz and Ocella was instituted due to a increased amount of harmful substance.  Ocella is the generic form of Yaz manufactured by Teva Pharmaceuticals and approved by the FDA in 2008.  In October 2011, a FDA study of more than 800,000 woman indicated that Yaz increases the risk of developing a blood clot by as much as 75%. In spite of all the harmful data, and warnings by the FDA Bayer Pharmaceuticals continues to market the use and safety of Yaz.

Bayer Pharmaceutical continues to market and sell prescription Yaz thousands of woman worldwide. The company has already paid $20 million in ads meant to rectify earlier ads about the drug’s safety and efficacy.  Countless more has been devoted to settling other claims and lawsuits pertaining to serious injuries.  If you are experiencing problems related to the use of Yaz, make sure you seek immediate medical attention.  Downtown L.A. Law Group’s skilled Yaz defect attorneys can outline your options and make sure your case is handled appropriately.