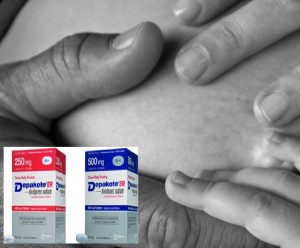 Prescription medication Depakote, also referred by its generic name, divalproex sodium, was initially introduced in 1983 to treat epilepsy.  However, in 1995 the drug, developed and manufactured by Abbot Laboratories was approved by the United States Food and Drug Administration (FDA) to treat manic episodes such as manic depression and bi-polar disorder.  Since then, it has also been prescribed to treat other neuropathy conditions, such as migraine headaches and epileptic seizures. Additionally, some individuals have taken Depakote for off-label uses such as dementia, alcoholism, sleep disorders, hiccups and agitation. However, Depakote has been associated with dangerous side effects including serious child birth defects and gastrointestinal disease including pancreatitis and pancreatic cancer. If you or your child are a victims of serious side effects from the taking of the prescription drug Depakote our trusted ans estemmed Drug defect attorney can help you get the recovery you are entitled too. Depakote has been made available in generic forms.  It is offered by several manufacturers, such as:

Since 1995, sales figures indicate that Depakote has been used by over 2.4 million individuals for its intended or off label uses.  Sales of Depakote surpassed $7.5 billion in 2010.

In January 2007, the FDA issued a black box warning for birth defects in pregnant woman.  Depakote may lead to several birth defects including: Spina Bifida – occurs when the two sides of the embryo’s spine do not fuse completely and remain open.  Spina bifida is usually detected at the child’s birth, and treatment is achieved through surgery.  However, treatment does not always solve the problem.  In fact, normal function to the spinal cord is rarely achieved.  In a 2010 European study of 98,000 pregnancies, researches learned that babies exposed to Depakote during pregnancy are twelve times more likely to develop spina bifida.

Cleft Palate Defect Causes by Depakote – a facial abnormality where there is not enough tissue around the mouth or lip area.  As a result, the lip area does not join properly, and results in a split or opening in the roof of the mouth.

Cardiovascular Problems – heart malfunctions such as coarctation of the aorta (narrowing of the aorta) or hypoplastic right heart (underdevelopment of the right side of the heart) have been known to occur in children.

Learning Disability – a 2009 FDA study suggested that there may be a link between mothers who used Depakote and developmental issues in children.  The FDA has identified several cases of developmental delays associated with Depakote, including autism. Other serious birth defects include:

Other Depakote Side Effects

Although  Depakote does work in alleviating certain disorders, there are several severe dangers associated with the drug that suggest that the harm far outweighs its benefits.  These side effects associated with Depakote are often both severe and permanent.  Side effects include:

Depakote Pancreatitis Danger Gastrointestinal disease side effects Depakote has been linked dangerous gastrointestinal chief amongst them being pancreatic cancer.  According to published date and the FDA persons who regularly take Depakote are at an increase risk of  developing pancreatic cancer. In September, 2009, the FDA issued its first black box warning that states: Cases of life threatening pancreatitis have been reported in both children and adults… Cases have been reported shortly after initial use as well as after several years of use. Other gastrointestinal side effects associated with Depakote can include:

If you have been taking Depakote for a period of time and have developed pancreatic cancer you may be entitled to compensation for your loss.

Filing a Depakote Birth Defect Lawsuit – what you need to know:

If you or your child have suffered due to the taking of Depakote there are legal avenue of recovery. Defective drug injury lawsuits against large pharmaceutical companies and generic drug manufacturers are challenging and require dedicated legal representation. Recovery against drug maufacturers in a lawsuits for child birth defects will require proving a product liability claim in the court of law. Generally there are three ways a plaintiffs attorney can prove the existence of a dangerous drug defect.

If you and your child have fallen victim Depakote you are entitled to recovery for all your losses and injuries associated with the defective drug. Liable parties can include designers of the drug, manufacturers including generic drug manufactures, and distributors. Compensation for a Depakote drug defect claim are usually based on many different factors including:

If you have any further questions fell free to contact our law firm; you will immediately speak to a drug side effect attorney regarding all your legal issues concerning Depakote side effects.