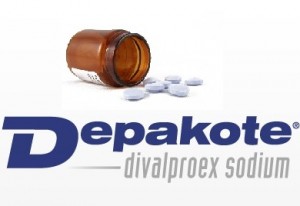 Depakote, Depakore ER, (Valporic Acid) as well as other similar drugs, Depacon, Depakene, and Stavzor, have been linked to numerous birth defect in children of mothers who took the dangerous prescription drug during their pregnancy. In 2011 the FDA issued a Pregnancy Warning on Depakote after findings of studies showed a higher incidence of birth defect in infants of woman who took the anti-seizure medication in comparison to similar anti-seizure drugs on the market. A significant child birth defect side effects of Depakote is a Cleft Palate. If your child has been diagnosed with a cleft palate as a result of the pregnant mother taking the medication Depakote there are avenues of recovery and compensation available. Our Law Firm if dedicated to providing legal assistance to victims of defective drug injuries including child birth defects resulting from the taking of Depakote prescription drug medication.

Scientific Evidence: Numerous scientific studies have shown a relatively large increase in the incidence of pregnancy infant defects amongst woman who took Depakote during their pregnancy in comparison the average rate of side effect amongst woman who did not take the medication. According to one study an estimated 20% of children whose mother were on the medication displayed sign of birth defects.

Cleft palate and lips are one of the most common child birth defects in the United States. A Clefts palate is a birth defect in which the mouth and or lips do not form properly. Infants born with these abnormalities undergo many physical, social, educational, and psychological straggles through their lives. Children with cleft lips and cleft palates may undergo many surgeries during their life time to alleviate their abnormalities. School aged children may suffer from speech impediment which may require specialized educational training and speech therapist. Children with cleft palates and able to lead happy health lives. However in many instances psychological caused by social interaction with other children can result in substantial mental traumata.   According to studies children with cleft lips and palates are at a heightened risk of developing psychosocial problems requiring professional therapy during their adolescence.

Cleft Palate Lawsuit against makers of Depakote: How to Prove a Birth Defect Case in Court

Generally there are three ways in which an attorney for victims of Depakote are able to  prove the existence of a defective dangerous drug in the court of law.
(1) Defect in the general design of the defective drug which can be shown through numerous evidence including the failure to drug manufacturers to properly test the drug before its distribution and marketing to the general public.
(2) Defect in the manufacturing process of the dangerous prescribing medication by showing the manufactured drug is markedly different and more dangerous than the intended original design of the drug in question
(3) Labeling defect shown through the failure to warn takers of the medication of the known side effects and birth defect dangers associated with the prescription medication. 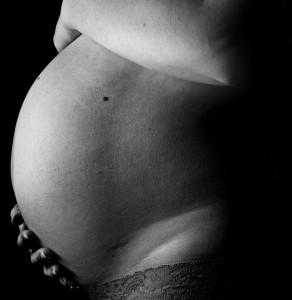 Compensation for Your Newborn infants injuries from Depakote

Child Victims of Depakote who have suffered serious injuries are entitled to recovery from drug manufacturers and distributors. If your newborn has suffered serious side effects due to the taking of the drug Depakote you and your child are entitled to recovery for
(1) All medical expenses caused by the defective drug
(2) Cost of treatment for cleft palate including payment for reconstructive plastic surgery
(3) rehabilitation costs and disability cost associated with cleft palates including educational costs speech therapy and treatment for hearing impairment
(4) Pain and suffering resulting from any birth injuries
(5) Psychological impact: mental anguish and trauma including depression, anxiety disorders and post traumatic stress disorders
(6) Loss of wages including loss of future income
(7) Punitive damages – where possible. If you have any further questions regarding the filing of a Depakote cleft palate injury claim contact the Depakote drug injury attorneys at the Law Offices of the Downtown LA law Group.