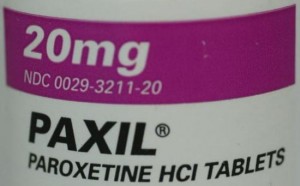 First introduced in 1992, Paxil eventually exploded as a go to drug for physicians with clients dealing with depression and other anxiety disorders.  Quickly, the drug rose to become the most popular anti-depressant drug in the United States.  By 2001 however, the Food and Drug Administration required GlaxoSmithKline to include warning labels about the potential side effects of the drug.  These side effects include: Paxil birth defects such as: Other side effect are:

By 2004, the FDA required the manufacturers of Paxil to include a black box warning about the dangers of the drug.  This is the most serious type of warning the FDA imposes on the labeling of prescription drugs.  The warning stated that the drug “increased the risk of suicidal thinking and behavior (suicidality) in short-term studies in children and adolescents with Major Depressive Disorder (MDD) and other psychiatric disorders.” Already thousands of lawsuits have been filed against GlaxoSmithKline due to the harmful effects of the drug.  In 2009, a Philadelphia jury found the manufacturer culpable for failing to warn doctors treating pregnant woman, leading serious birth defects.  To date, billions of dollars have been paid to victims of Paxil

If you or a loved one has suffered from any side effect from taking Paxil, including a birth defect, contact our law firm for a free case evaluation of your claim.  Pharmaceutical companies like GlaxoSmithKline are liable for the damages that have resulted from their drugs.  We will make sure you receive the compensation you are owed.