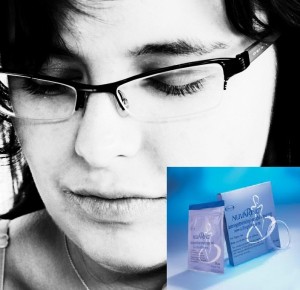 NuvaRing is a vaginal ring contraceptive manufactured by Merck & Co. It operates by releasing low doses of progestin and estrogen into a woman’s blood stream in order to prevent pregnancy.  Merck advertises the monthly vaginal insertion ring, as a hassle free form of birth control in comparison to the pill.  However, recent studies on health complications associated with NuvaRing have questioned the viability and safety of this medical device. Woman generally insert the ring themselves once a month, and remove it at the end of the third week for menstruation. A new ring is inserted after the 7 days of menstruation.  Once the ring comes into contact with the vaginal wall, hormones (progestin and estrogen) are circulated into the bloodstream. Like other forms of birth control, these hormones work by preventing a woman’s ovaries from producing mature eggs. NuvaRing was first introduced in Europe in 2001, and later approved for use in America by the United States Food and Drug Administration that same year.  It is currently being used by over 1 million woman in the U.S. alone

NuvaRing is a two inch flexible ring that contains etonogestrel, which is a form of desogestrel.  Estonogestrel is regarded as a third generation progestin.  Estonogestre oral contraceptive increases the risk of thrombotic complications because it thickens the blood.  In 2007, the consumer advocacy group Public Citizen petitioned the FDA to ban birth control products that contain desogestrel, suggesting that it doubles the risk of certain side effects compared to second generation oral contraceptives.  As a consequence, the use of NuvaRing can result in several harmful side effects. Common dangerous side effects associated with the use of NuvaRing include Deep Vein Thrombosis (DVT) Blood Clots – The alterations to the bloodstream allows the blood to clot more easily.  When the blood clot originates in the leg, it can migrate to the lungs, blocking the blood vessels that carry blood to the brain.  Blood clots can also originate in the blood vessels of the eyes causing permanent blindness  or blurred vision.  A study by the British Medical Journal concluded that woman who used NuvaRing have up to a 7.9 percent increased risk of thrombosis. Common signs and symptoms of Deep Vein Thrombosis in individuals who have used NuvaRing are as follows

Pulmonary Embolism Stroke or Heart Attack – The same condition that results in a blood clot can cause a user of NuvaRing to suffer from a stroke or a heart attack.  This is because the drug creates a blockage of blood flow to the brain and heart. Cancer – Woman who use NuvaRing are at an increased risk or certain cancers, specifically breast and reproductive organs. Gallbladder Disease – The gallbladder is a pear shaped organ under the liver that stores and concentrates bile produced in the liver.  Bile helps digest fats. Other Serious Adverse Effects of NuvaRing many include

Individuals who have used NuvaRing have the right to file lawsuits against the drug’s manufacturer and its subsidiaries.  These companies include Organon USA, Inc., Organon Pharmaceuticals USA, Inc. and Organon International, Inc.  Organon and its subsidiaries, originally a Dutch pharmaceutical company, was purchased by Schering Plough. Schering Plough was later purchased in 2009 with Merck and Co., Inc. NuvaRing lawsuits are based on the claim that Organon (Now owned by Merck), the original manufacturer of the medical device-drug failed to disclose damaging evidence of health and safety consequences of the drug to the FDA and general population. Additionally, lawsuits are filed because failed to account the increased dosage of hormone that is transferred to NuvaRing users.  This increased dosage heightens the risk of certain side effects compared to other forms of birth control.

Deaths caused by NuvaRing: Unfortunately serious side effects and medical complications associated with the use of NuvaRing can result in death. Relatives of victims of medical fatalities have a right to monetary recovery in a Wrongful Death cause of action from all liable parties including Nuva-Ring manufacturers. Jurisdictions across the United States have different rules as to who is able to file a lawsuit for the death of a relative (family member) For example under California Wrongful Death CODE OF CIVIL PROCEDURE  SECTION 377.60-377.62 a cause of action for wrongful death can be asserted by The decedent’s surviving spouse, domestic partner, children, and issue of deceased children, or, if there is no surviving issue of the decedent, the persons, including the surviving spouse or domestic partner, who would be entitled to the property of the decedent by intestate succession.

Should I Sign on to a NuvaRing Class Action Claim: NuvaRing cases have been assigned to a multi district litigation (MDL) meaning cases from across the county will be assigned to one jurisdiction. The MDL for NuvaRing claim process was created in order to consolidate the discovery of the lawsuit, and does not require the potential plaintiffs, or victims from joining the class.  In other words, the class action allows all damaging information to be combined into one courtroom.  However, no class action lawsuit has been officially file against the manufacturers of NuvaRing.  Therefore, if you have experienced one of the side effects as a result of taking NuvaRing, you should file as an individual lawsuit. To date, over one thousand NuvaRing lawsuits have been filed.  Nine cases were selected to go to trial in February 2013 as “bellwether” or test cases.  The results of these trials will heavily influence the amount and types of compensation awarded to future plaintiffs.

Downtown L.A. Law Group’s team of NuvaRing attorneys pursue litigation against Organon and its subsidiaries based on several causes of action such as:

Proving your case in court: How to Win a Lawsuit for Injuries caused by NuvaRing: The first step in proving you case in the court of law will the based on showing the presence of a defect in a medical product. Generally there are three way your attorney can prove a defective product case in court.

Compensation for your Injuries: Our law firm understands how to maximize the recovery for defective prescription drug claims.  This includes obtaining compensation for past and future medical treatment, loss earnings and loss of income potential, and pain and suffering.  Also, victims who have suffered serious medical complications form the use of a defective contraceptive medication injuries face a greater risk of developing future damages as a result of their use.