Transvaginal mesh implants or slings have been implanted in woman to repair problems associated with Stress Urinary Incontinence (SUI).  SUI, also known as effort incontinence or bladder leakage is a condition that affects roughly 15 million woman every year.  The rate of incontinence peaks in woman between the ages of 45 and 49, at roughly 65 percent.  The International Continence Society defines Stress Urinary Incontinence as complaint of involuntary leakage on effort or exertion, or on sneezing or coughing. 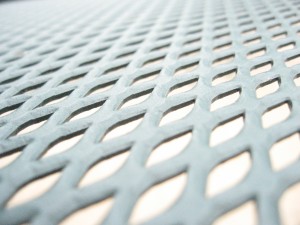 What is SUI: Stress Urinary Incontinence: Generally, Stress Urinary Incontinence  is a condition where there is a unintentional loss of urine.  This loss of urine is often the result of some form of physical movement such as laughing, coughing, standing sexual intercourse or physical exercise.  Specifically, SOI is a result of a weakening or stretching of a woman’s sphincter pelvic tissue and floor muscle.  When these tissues and muscles are weakened or inoperable, a woman will be unable to regulate the flow of urine. The typical adult bladder can hold up to 2 cups of urine, which are controlled by two muscles.  The sphincter is squeezed in order to prevent urine from exiting the body.  The detrusor is the muscle of the bladder, which stays relaxed so that the bladder can expand.  In woman with stress urinary incontinence, the sphincter pelvic muscle is weakened. Stress Urinary Incontinence is usually the result of pregnancy and childbirth, and the condition is usually exacerbated during menopause.  SUI may also be caused by injury to the urethra area, certain medications, or surgery to the prostate or pelvic area.

Transvaginal Mesh Claim Timeline: Since the 1990’s, transvaginal mesh implants have been one of the main methods to treat stress urinary incontinence.  In these procedures, a type of material, often a synthetic mesh, is placed under the urethra in order to prevent the urethra from opening during physical activity.  However, a study by the United States Food and Drug Administration (FDA) published on July 13, 2011 indicated that complications from transvaginal  mesh routinely occur after only the first year.  This followed a health notification published by the FDA in October of 2008 warning against the possible pitfalls associated with transvaginal mesh. Although an official recall of transvaginal mesh has not yet been instigated, several transvaginal lawsuits have already been filed.

If you have suffered from Stress Urinary Incontinence after a transvaginal mesh implant procedure or your SUI issues have not been resolved and have resurfaced after your procedure you may be able to recover compensation for your injuries.  The determination for the value of your recovery in a defective transvaginal mesh lawsuit will be dependent on several factors including
(1) The severity of your injuries
(2) requirement for further medical procedures and other hospitalization and rehabilitation expenses
(3) Loss of income or salary
(4) Pain and Suffering and
(5) Mental anguish.

Determining fault and fighting for the right to recovery: Our Firm is Dedicated to providing legal services to females who have suffered from transvaginal mesh complications. Contact our TVM Law Offices of you have any further questions regarding your defective medical implant defect claim. More information: Do I have a Transvaginal Mesh Injury Case? Transvaginal Mesh Side Effects