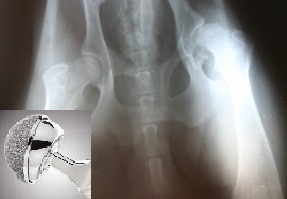 DePuy ASR hip implants (Produced by a division of Johnson & Johnson) first became available to individuals in 2003, and were approved for use in 2005.  It was intended to replace injured hip sockets.  The hip implant has three components that, when working in conjunction, should allow for normal elasticity and movement of the hip. Types of Hip implants produced by Johnson and Johnson known to cause significant medical complications include, Contact our DePuy Attorney if you or a loved one have any questions about your defective hip replacement.

Johnson and Johnson, the parent company of DePuy Orthopaedics which is the manufacturer of the DePuy ASR hip implant issued a worldwide recall of two hip replacement devices.  The medical devices that are in question are the ASR XL Acetabular System and the ASR Hip Resurfacing System.  Johnson and Johnson instigated the recall after it was determined that the failure rate in these 2 devices is nearly 15% in the first two years, and almost half only six years after insertion.  Symptoms of ASR hip implant failure include:

Johnson and Johnson’s recall of the hip replacement device on August 26, 2010 was the culmination of several events which led the company to acknowledge that it had distributed a defective medical device.  Below is a timeline DePuy Orthopedics, Inc.’s negligent conduct, from development: More than 93,000 people have been implanted with the DePuy hip replacement devices.  And the design defect in these medical devices went undetected until after they implanted in these individuals.  To date, over 5,000 victims have filed lawsuits against Johnson and Johnson, and many more are expected to follow.  Unfortunately, long term effects of the defective product are still yet to be determined.  As a result, Johnson & Johnson has apportioned $3 billion for the expenditure of future ASR hip replacement litigation, which includes $800 million for future medical costs. There is no clear indicator that indicates exactly how much the DePuy ASR hip replacement cases are worth.  Some initial claims settled outside of court for $200,000 each.  Many more have been instigated as a result of the recall.  However, as some injuries are far more grave than others, each case should be evaluated on a case-by-case basis.  Consequently, there are several variables to consider when determining the worth of a ASR hip replacement lawsuit, including:

If you were a recipient of a DePuy ASR hip implant, you deserve to receive compensation for your damages.  Complications arising from the use of these implants will cause not only past medical bills, but also substantial future medical damages that are difficult to ascertain.  The attorneys at Downtown L.A. Law Group represent all DePuy ASR hip implant victims in lawsuits against Johnson and Johnson. Call us for a free no cost evaluation and analysis of your DePuy Hip Replacement claim. (855) 339-8879 Related News: First 3 DePuy cases settle for $600,000 in Las Vegas state court. DePuy ASR Frequently Asked Questions