In Silver Lake, a hit-and-run crash involving two individuals on a scooter and a man in a BMW left one of the scooter-riders in a coma. The crash happened around 9 p.m. on Tuesday, September 4th, 2018 on Glendale Blvd and Waverly Dr. The driver of the BMW approached the intersection but did not see the scooter; the riders did not have any lights on the vehicle, and the BMW hit the rear of it. A video that was released shows the BMW pushing the scooter around a corner before the driver backed up and sped off. Eyewitnesses state that as the scooter was hit, the two riders were thrown from the scooter and left there. One of the victims, a mid-30s man, was immediately rushed to the hospital; he lapsed into a coma. The other rider suffered minor damages but was released the same night. Neither individual wore a helmet. The driver of the BMW or the female passenger inside of it are both sought, and there is a reward for anyone who has information that can lead to the apprehension of the suspect.

However, you may be able to pursue restitution from your own insurance company if you have a policy for underinsured or uninsured motorists. In these situations, an individual who hits you may not be able to pay for all of the damages, or he may not have any insurance coverage at all. Your insurance company could thus pay out the damages that resulted from the accident. Unfortunately, many insurance companies will try to avoid paying out such claims. They will do all they can to not lose profits, even if that means refusing settlements to their very own customers. 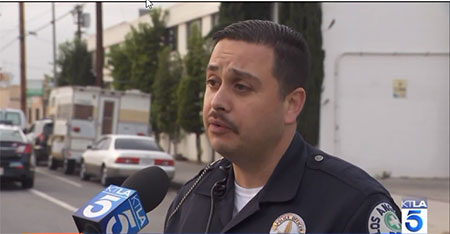 Our attorneys can see to it that you are properly represented if you pursue such compensation after a hit-and-run crash.

Injuries from a Car Crash

A car accident can result in various physical injuries, and the extent of them can drastically change the amount of compensation you can receive. Unfortunately, many hit-and-run crashes feature victims unable to get help immediately. Some of the damages that you could receive include: We can help you receive the compensation you deserve for these damages. We will make sure that your medical expenses are covered and that your pain and suffering damages are reimbursed. We can also have your lost income reimbursed and your damaged property replaced.

Downtown LA Law Group in Los Angeles promises to work around the clock to secure you a fair settlement from the insurance company. If you were involved in a hit-and-run accident, you should be fairly treated, and we will aggressively pursue the maximum compensation available under the law. Call our offices to set up a free legal consultation with an expert attorney. We are available 24 hours a day, 7 days a week, and if you have any questions, we’ll gladly answer them. We also promise that you won’t be faced with any out of pocket expenses for our services. We won’t get paid unless we win your case, and if we lose, we earn nothing at all. Don’t hesitate to call Downtown LA Law Group at (855) 339-8879 if you were involved in a hit-and-run crash.