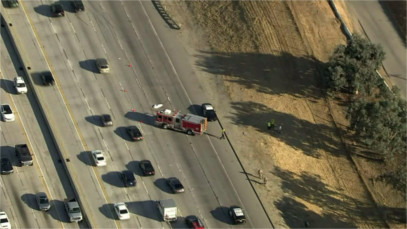 A man was found dead on the 5 Freeway on Wednesday, August 9, 2017, in the middle of rush hour traffic. According to the Los Angeles Fire Department, the man left his vehicle while traveling on the freeway. There has been no information released as to why he chose to do so. Upon exiting his vehicle, he was hit by several cars in succession, leaving body parts scattered across the freeway. The man’s body was reported and found in the sixth lane on the southbound side, near the Roxford Street exit. The incident caused blocked lanes and a high amount of traffic in Sylmar. Half of the freeway was blocked off until around 9 in the evening while the scene was analyzed. Officials from both the Los Angeles Fire Department and California Highway Patrol were quick to respond to the call, but unfortunately, the man was pronounced dead at the scene. According to California Highway Patrol Officer Brandt, the CHP will further investigate the incident. We Are Here For You If you have been injured in a car accident due to the negligence of another party, contact the Downtown LA Law Firm today to receive assistance in acquiring a fair settlement for your damages. We will help you get the compensation you deserve to counteract the expenses and suffering you experienced from the accident. As a victim of a car crash, you are entitled to monetary restitution for the following damages: Downtown LA Law Firm can help you recover a maximum settlement if you have sustained injuries from a car crash. Our team of attorneys is an aggressive group who will pursue all routes to win your case, including fighting insurance companies and taking your claim to court. We believe that victims have the right to fair compensation for accidents and injuries caused as a result of the negligence of others, and we do everything in our power to bring you the restitution you deserve. If you have been injured in a car crash, contact our firm today to speak with an experienced personal injury attorney in a free legal consultation. You will be given all the necessary information about filing a claim and the size of the settlement we will strive to bring you. We also provide you with a zero fee guarantee – if we fail to bring you the compensation you deserve and do not win your case, you do not owe us any fees. We only receive payment after we resolve your case and net you just compensation. Contact Us For further information detailing personal injury claims and car crashes, call or email us today.