In June of 2019, a cancer patient filed a lawsuit against UCLA and Dr. James Heaps – accusing the doctor of sexually assaulting her throughout the two years that she was being treated by him. The 44-year-old woman was diagnosed with mesothelioma in 2015. In October 2015, she went to Dr. Heaps for a surgery. According to the allegations, Dr. Heaps abused with position to inappropriately touch the victim. The victim claims that Heaps repeatedly touched her in attempts to stimulate her sexually under the façade that everything was part of the necessary medical examination. Although Dr. Heaps has denied the allegations and any wrongdoing, UCLA is facing criticism – especially for their failure to alert the public and his patients of the disturbing allegations as soon as they became aware of them. 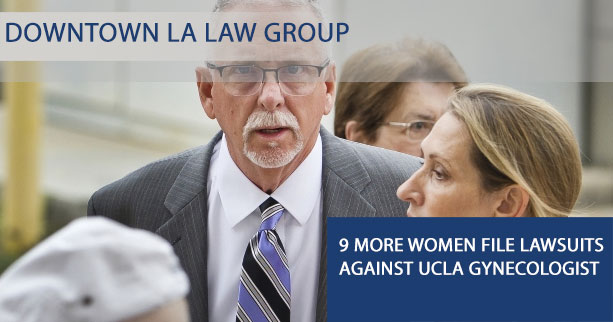 Heaps has pleaded not guilty to the criminal charges of sexual battery against two patients at a facility in a university. Heaps’ attorney claims that “everything was done for a medical reason” and that he is a “respected, talented, and thorough gynecological oncologist” always treating patients with respect. However, at least 22 other women have come forward and made allegations against Dr. Heaps – claiming that they were sexually assaulted during the time he practiced at UCLA. During the investigation of one specific allegation from 2017, the university discovered at least two additional complaints against Heaps. Since charges were filed in June, approximately 75 people have contacted the university regarding Heaps. UCLA failed to take any sort of action before the announcement was made that Heaps would be retiring in June 2018. The university could have removed Heaps from the campus, restricted with practice to protect others and prevent additional victims, warned the university community, and they could have encouraged any possible victims to also come forward. Instead, UCLA took no action – allowing Heaps to continue to practice and potentially putting other patients at risk. According to the claim, the cancer patient felt powerless and did not object or immediately report the doctor’s inappropriate behavior because she knew that her life depending on him. In some of the other claims against Heaps, there are allegations of a female medical chaperone witnessing the assault suffered by the patient – also failing to take any action.

The Victims have the Right to Sue

As explained above, the victims of Heaps are pursuing claims against him and against the university. When parties intentionally and maliciously subject others to harm and the entities supervising these parties fail to take any action, both the party that directly caused the harm and the entity that failed to take any action could be held accountable. Do victims have the right to sue? Without a doubt, the victims of sexual assault and battery have the right to sue the parties or entities that contributed to the harm that they suffered. Whether you were sexually assaulted by a doctor at a university or by any other party at a similar location, you might have grounds to sue. To understand your right to sue, you must have a thorough understanding of liability.

Understanding Liability for these Incidents

To ensure that you have a thorough understanding of your right to sue and your right to take action against the parties that caused and contributed to the harm that you suffered, you must understand liability. Who is at fault for the harm that you suffered? Who contributed to the harm that you suffered? The first step in understanding liability is to understand negligence. Negligence consists of four elements. Consider the following: When all four elements of negligence are present, the parties will be found negligence and liable of the harm suffered. How are the four elements of negligence relevant to the case of sexual assault at a university as described above? To understand how these elements are relevant, we must consider the doctor and the university separately. As a doctor, Dr. Heaps had a specific duty of care to his patients. He had the duty to exercise a reasonable level of care and skill when treating their patients. He also had the duty to remain professional and respectful towards all patients. When he started touching his patients inappropriately and taking advantage of his trusted position as a doctor at an important university, he breached his duty of care towards his patients. This breach of duty resulted in the harm suffered by all the patients that he sexually assaulted. Therefore, the doctor will likely be held liable for the harm that his patients suffered due to his actions. The doctor could be liable; what about the university? It helps to consider the university as an employer. The university has a duty to ensure that all the members of their community (students, faculty, and members of the public) are safe. They must identify and address hazards that could present a risk of harm to innocent parties. Typically, some hazards include damaged sidewalks, wet floors, and even potholes, for example. However, specific parties – such as doctors – could be considered hazardous. When hiring personnel, such as doctors and nurses for their medical facilities, the university must take the necessary precautions to ensure that the people that they hire do not pose a risk to other parties. In positions with access to vulnerable groups, employers typically subject applicants to background checks to ensure that those with criminal backgrounds or potentially dangerous backgrounds are not hired. If a doctor is hired even if he has a history of sexual assault, the university (or other employer) exercised negligent hiring. However, not all people with a history of sexual misconduct have been caught; therefore, many people have clean records and are hired without any issued. When an employer fails to notice concerning behavior or repeatedly allows these people access to vulnerable groups, the employer (like the university) is breaching their duty of care of keeping people safe. This is considered to be negligent supervision; the claim is that if the employer would have effectively supervised the doctor/employee, they would have noticed the inappropriate behavior and would have prevented any more incidents from happening. Because the university failed to take any action whatsoever (even after they had become aware of the problem), they breached their duty of care and put innocent parties at risk. Essentially, the inaction allowed the doctor to continuously sexually assault his patients; therefore, the university will likely be held liable.

For more information about liability and the right to pursue a claim, do not hesitate to seek legal assistance as soon as possible. You could contact the experts at Downtown L.A. Law Group and be certain that you will have access to all the information that you need to take action after you were sexually assaulted.

The Right to Receive Compensation

Downtown L.A. Law Group is a personal injury law firm with many years of experience handling a variety of claims and helping victims to recover the maximum amount of compensation available for their claims. At Downtown L.A. Law Group, we are not intimidated by prestigious names or positions of power – we will hold all liable parties accountable for their actions. If you would like to discuss your claim with the experts at our law firm, do not hesitate to contact our firm – you could benefit from our free legal services. Our firm offers free consultations and free second opinions which allow us to provide you with all the information that you need to start or continue your claim without you ever having to worry about expensive legal fees. These free legal services are available as part of our Zero-Fee guarantee, which ensures that our clients never have to cover any upfront legal expenses. Our law firm is also strictly based on contingency; therefore, our clients will not be required to pay anything until after reaching a positive outcome to their claims. If you are ready to discuss your claim with the expert attorneys at Downtown L.A. Law Group, do not hesitate to contact our firm immediately. – Sexual abuse – on the rise or more noticeable? – Sexual Assault Onboard Cruise Ship Lawsuits -Rape on the High Seas – Sexual Assault Statistics – Hotel Sexual Assault Injury Attorney – Texas Teacher Get 5 Year Sentence for Group Sex with Students – Uber Lyft sexual assault attorney – Los Angeles Sexual Assault Defense Attorneys – Ceders-Sinai Patient Sexual Assault Lawsuit Information