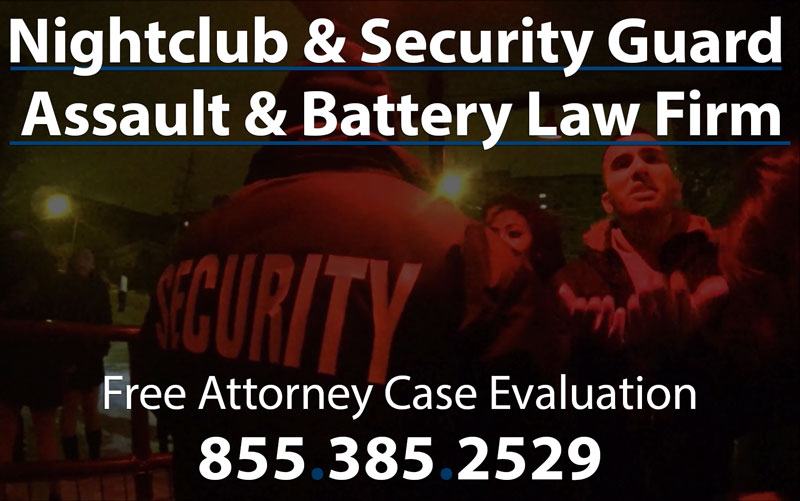 Nightclubs, bars, lounges, and restaurants owe patrons a duty to maintain a safe premises, free of any potential threat of harm from others, including other patrons and staff. This includes acts of assault and battery from security guards. Unfortunately for many, the bar and nightclub scene has borne witness to many injuries and damages resulting from alcohol-induced bar fights, as well as excessive force, ranging from assault to battery by many nightclub security and bouncers. Law Firm Protecting Your Rights: Our night club injury lawyers are proud to represent victims who have suffered serious injuries due to the negligent conduct of owners and staff of nightclubs bars and other establishments. Victims have a right to compensation. To schedule a free, no cost, and confidential consultation, contact our law firm toll-free (855)385-2529. Injuries in College Parties: University and College Dorm room parties and Frat House parties held close to schools by fraternities have led to many alcohol-related injuries, such as slip and falls, fights, beatings, and Security Guard Culpability.

Lack of Proper Safety Procedures: Often, there are inadequate security guards on staff to maintain peace and order, as well as a lack of proper safety guidelines in the buildings. There may be no exit signals or open exit doors during business hours, both of which are a major cause of nightclub-related injuries and damages. Assaults by Employees Including Security Guards: While security staff is intended to bring peace and safety to nightclubs, they often add to the hostility instead. Bouncers and security often escalate an already dangerous situation, and the venue should be held liable for the actions of the hired help.

Know Your Rights – Nightclub Liability for Your Injuries

A patron who has been battered and assaulted either by other patrons or by the business’s security guards has the right to file a claim against the property owner and the business for his injuries in the nightclub based on California’s Premises Liability laws. In order to recover from nightclub injury, a victim has the burden of proving that the property owner created a dangerous or unreasonable condition on the premises.  So, to be held legally responsible for injuries, one of the following must be true: Rules for  Security:  Security guards and doormen or bouncers in clubs, bars, and lounges are not given the right under California law to restrain you in a physical fashion. They are not able to beat you up or use other forms of force against you. If force has been used against you and you have suffered injuries, the security guard and his employer, as well as the property owner, may be culpable for your loss. Establishing Responsibility Against the Property Owner or Employer  Via Vicarious Liability Laws:  Another avenue of recovery is based on the legal theory of vicarious liability, which holds that “if a servant performs an act within the real or apparent scope of his master’s business, then the master will be held liable for any damage caused by the agent against another party.” The primary emphasis here is whether the actions of the security guard resulting in the harm suffered were within the scope of his employment. Defining course and scope of employment:  There can be many ways to show that the actions of the at-fault guard were under the scope of course of his employment. One way is his actual profession. A security guard is generally hired by a club, bar, concert, or any other nighttime establishment to maintain peace and order in the property. It would be reasonable to ascertain that applying force in order to remove an individual from the premises to stop an impending altercation is necessary. An example where vicarious liability would not be applied is if the security guard attacked another individual on the premises for self-interests. For example, if the victim owed the guard money and he had refused to pay, the guard would be acting outside of his scope of employment if he attacked the victim. Liability against Employer – Based on Negligent Hiring Practices: Another avenue for establishing fault is by showing that the employer failed to diligently check the background and mental health of the employee prior to the commencement of his employment.  Workers who are given instruments and tools and or have the duty to exert physical force must undergo a heightened level of scrutiny before being hired. Thus, the capacity to inflict harm on another resulted in a heightened duty on the part of the employer to hire a person who will not overstep his boundaries. This should include background checks for past criminal activity and rigorous mental health examinations. Liability Based on Dangerous Instrumentality: The basis of this theory of liability against the employer holds that the owner of a weapon or any dangerous instruments should be held accountable for any harm resulting from their use in a negligent fashion. For example, in a case where the gun of a private security guard goes off in the middle of a dance club, resulting in injury to another, the employer who provided the gun to the security office would be held responsible.

Bar fight injuries can range from minor cuts and bruises to serious catastrophic injuries, which may lead to lifelong disability and death.  Here are some of the most common nightclub injuries. Psychological Damage:  Perhaps the most under-reported and under-evaluated injuries resulting from acts of violent crimes are the mental injuries arising from the incident. Violent crimes are almost always traumatizing, resulting in long-standing mental health issues, which may range from post-traumatic stress disorder (PTSD) to depression, anxiety, the triggering of bipolar disorder, and drug abuse. Victims of violent crimes should seek help from a mental health therapist so that their injuries are properly documented for the purposes of any settlement or jury verdicts. Brain Injuries: One of the most common injuries resulting from acts of violence is trauma sustained to the head, resulting in brain damage. Brain injuries can range from mild concussions to severe traumatic brain injuries. Some signs of brain injury can include loss of consciousness following the attack, short term memory loss, sensitivity to light, changes or alteration in behavior, and loss of cognitive abilities. Victims of brain injury need to be evaluated by a neurologist as soon as possible.

What Should I Do – Steps You Need to Take if You Have Suffered an Violent Crime in a Nighttime Establishment:

Recovery Available for Victims of Assault and Battery

If you or a loved one has suffered such injuries contact our Nightclub injury Lawyer hotline (855) DT-LA-LAW for a free consultation with a Nightclub and Concert Club Premises Liability Attorney. Is the Bar / Nightclub Liable for My Injuries? As an invitee, every bar owes their patrons a duty of care. This duty is enhanced by the fact that most bar and nightclubs know or should know that there is potential for a dangerous circumstance to arise.  Therefore, they would be liable for your injuries. Types of Damages Available for Recovery 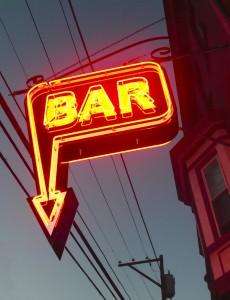 At Downtown LA Law Our Premises Liability & Nightclub injury attorneys will seek to recover every form of damage from the incident. Recovery can include economic and non-economic damages, including

Under our Common Law system of jurisprudence, victims of intentional and or reckless conduct are entitled to punitive damages compensation. Common law requires the individual or entity to have acted in a reprehensible manner. The purpose of punitive damages is not to provide for just recovery or damages suffered by victims. Instead, it is a means of punishing the at-fault party to such an extent so that they will refrain from partaking in intentionally harmful conduct on the future. Historically, punitive damages were boundless so that a potential jury could award an unlimited level of financial recovery to the victim. However, the past decade has seen certain limitations as to the amount of money that can be awarded under punitive damage provisions. Various court decisions and Supreme Court rulings have placed the limit at 10 times the value of a victim’s actual damage. For example, if a jury awards $10,000 in actual damages, then the limit for that amount of punitive damages is set at $1,000,000. However, some court decisions have wavered from the 10-times ration. In the case of State Farm v. Mutual Auto Insurance the court stated that “when the compensatory damages are substantial, then a lesser ratio, perhaps only equal to the compensatory damages, can reach the outermost limit of due process guarantee.” In many cases, a defendant will use the above-mentioned argument to seek an appeal on the monetary level of punitive damages that can be awarded, which can result in a lower judgment from an appellate court. However, some court decisions have established that the level of punitive damages awarded should be based on the reprehensibility of the defendant’s actions. Thus the facts of the case can, in some cases, play an integral part in the level of punitive damages which can be awarded.

Time Limits to Filing a Lawsuit – Statute of Limitations

In the state of California, civil claims must be filed within a certain time period in the court of law. Victims of assault and battery injuries have two years from the date of the incident to file a personal injury claim. Failure to file a claim within the statutorily designated time period will eliminate a victim’s right to financial recovery under the law. However, in certain circumstances, courts may grant the filing of a claim despite the passing of a two-year deadline. Referred to as a tolling of a statute, below are some examples where courts have allowed victims the right to pursue a lawsuit even when the statutory time period has elapsed.

At Downtown L.A. Law Group, our aggressive and skilled Nightclub Dance Club incident lawyers will keep on the offensive so that you are fully compensated for your injuries.  We will take care of every legal detail and we will go to trial and take on liable clubs owners, property owners, and their insurance carriers so that your rights are protected.

Many victims avoid seeking legal representation because of the seemingly high cost of hiring an attorney. This may be true for many law firms, but not us. Our attorneys provide legal representation on behalf of victims of personal injury exclusively on a contingency fee basis. Under this agreement, you do not pay us a single penny out of pocket. Any costs and or legal fees that have incurred will be made available to us if an only if there is a successful resolution of your cases. If we do not win your case, you do not have to pay us a single penny for any of the work or costs we have put into your case. To learn more about our Zero Fee Guarantee, call us. In the meantime, concentrate on the most important part of this process – your recovery; and Contact the Downtown LA Law firm at (855)385-2529 to receive a free case evaluation.