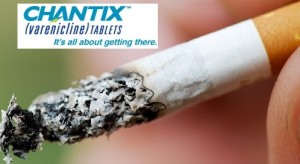 Chantix (Verenicline tartrate) also marketed as Champix has been linked to heart attacks, heart failure as well as other serious medical complications. According to the FDA those who have had a previous history of cardiovascular disease are at an increased risk of serious heart related medical complications including heart attacks and stroke.  Chantix is an oral smoking cessation prescription medicine marketed to individuals above the age of 18.  Chantix works by blocking nicotine, the main ingredient in cigarettes, from stimulating the human brain.  The drug furthermore releases small quantities of dopamine which works to minimize the craving for nicotine. If you or a loved one have experienced a heart attack while on the anti-smoking medication Chantix you may be entitled to recovery for your injuries.

Chantix FDA Warning for Heart Attack and Heart Failure:  In 2011 the FDA issues a warning concerning an increased rate or cardiovascular disease resulting from the taking of Chantix for the cessation of smoking cigarettes and other nicotine related products. The publicly issues warning states, “Chantix (varenicline) may be associated with a small, increased risk of certain cardiovascular adverse events in patients who have cardiovascular disease.”

Common sign and Symptoms of Heart Attacks caused by Chantix A heart attack or (myocardial infarction) is a serious medical condition requiring immediate medical attention. If you are experiencing any symptoms associated with a heart attack contact an emergency medical response unit as soon as possible.  Some of the most common symptoms of heart attack are as follows. Chest pain felt like a tight band around the waist

Filing a defective drug lawsuits – how to win Chantix heart failure and cardiovascular Disease Lawsuits Against Pfizer in the Court of Law: Prescribing drug defect litigation for heart attacks due to Chantix has witnesses a dramatic rise over the past few years, due to new evidence concerning Pfizer’s knowledge of the known risks of heart attacks.  However, Litigation against major drug manufacturers for injuries cause by their prescription drugs can be a difficult and challenging process. Generally, a plaintiff’s attorney representing victims of drug injuries can prove the existence of a dangerous by showing one of three defects.

Compensation for Your Injuries: What Type of Recovery Am I Entailed to for the Injuries Caused by a Dangerous Drugs

Compensation for death of a loved one due to Chantix heart attack, stroke or heart failure. If a close relative or a loved one have die due to a heart attack, heart failure or stroke cause by the Taking of Chantix you may be entitled to compensation based on certain jurisdictional limitation on who may be able to recover.  Example California Wrongful Death Statutes: Under California Wrongful fatalities laws “A cause of action for the death of a person caused by the wrongful act or neglect of another may be asserted by any of the following persons or by the decedent’s personal representative on their behalf: (a) The decedent’s surviving spouse, domestic partner, children, and issue of deceased children, or, if there is no surviving issue of the decedent, the persons, including the surviving spouse or domestic partner, who would be entitled to the property of the decedent by intestate succession.

Contact Our Law Firm if You have Any Further Questions: If you have any further questions and would like to speak with a defective prescription drug injury attorney regarding your claim call us toll free at (855) 339-8879, we are available 24 hours per day and seven days out of the week for your convenience. Downtown LA Law Group is a Nationwide California based Personal Injury Law Firm dedicated to protecting the rights of individuals who have suffered harm due to that taking of defective and dangerous prescription drug medication.