The Colonel, KFC and Salmonella 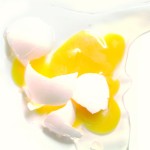 Salmonella poisoning resulted in a $10,000,000 (Ten Million Dollar) verdict being entered against KFC for harm suffered to one of its customers. While KFC vows to appeal the ruling, it never-the-less sheds light on an important and dangerous issue, food quality and its potential impact. As the facts in the aforementioned case outlines, salmonella poisoning resulted in serious brain damage, which could have caused death. As hospital reports showed the victim was almost pronounced dead at the hospital due to her injuries. Salmonella poisoning is a dangerous bacteria which can survive outside the food and body for a prolonged period of time and can only be neutralized with exposure to certain heat levels. It is recommended that food be cooked for a minimum period of time before being consumed so as to avoid food poisoning or salmonella contamination. The facts surrounding the KFC case are unique in the sense that the injuries suffered were sudden and serious. While brain injuries are not generally caused by salmonella poisoning, serious infections can cause such injuries, which can have life altering impacts. Injuries such as the one suffered by the victim will require serious medical attention and treatment. In most cases the victim recovers within a seven day period without hospitalization and or any serious complications. However depending on the degree of exposure and several other factors, salmonella poisoning can be dangerous. It is recommended that you eat at places which practice safe conditions with regards to the preparation of food and properly train their staff to maintain clean conditions. In the instance that you feel you have been harmed due to food poisoning you should document all events immediately before and or after the event. It is recommended that you keep a log of all establishments you visited prior to becoming ill and keep all receipts and foods you consumed. Our offices at Downtown LA Law can help with your recovery. You can schedule a free consultation and evaluation of your case where we will evaluate the medical records and other pertinent information to your claim in order to maximize your recovery. If you have been injured our food poisoning attorney can help, so contact us today for a free consultation.