Who can sue for the Wrongful Death of Another in the State of California:  CODE OF CIVIL PROCEDURE  SECTION 377.60-377.62 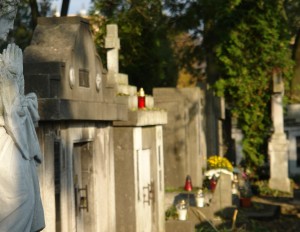 This Code states: “A cause of action for the death of a person caused by the wrongful act or neglect of another may be asserted by any of the following persons or by the decedent’s personal representative on their behalf:

(c) A minor, whether or not qualified under subdivision (a) or (b), if, at the time of the decedent’s death, the minor resided for the previous 180 days in the decedent’s household and was dependent on the decedent for one-half or more of the minor’s support.

(d) This section applies to any cause of action arising on or after January 1, 1993.”

Statute of Limitations refers to the law the limits the amount of time within which a victim involved in a car accident may bring about legal proceedings. Generally, in the state of California, an individual has TWO YEARS in which to file a lawsuit for a wrongful death action.

Medical Malpractice:  In cases of medical malpractice the Statute of Limitations may be one year.

State and Federal Government:  Actions against the government, a lawsuit must first be preceded by the filing a government tort claim; there is a 180 day limitations period. Additionally, Car Accident claims against public agency, the claim must be made within 180 days from the date of the car accident. Also, the car accident claim must first be filed and denied before a lawsuit can be commenced. Although failure to file a claim within the statutory period could result in barring your claim, there are certain exceptions. Although the statutory period begins to run on the date of the accident, exceptions will be made in situations where the injured party was mentally incompetent or incapable of filing a claim.

WHO’S AT FAULT In California, only the negligent party is responsible for the injuries incurred during a car accident. A person acts negligently when that individual fails to act in a manner expected of a reasonably prudent person acting under similar circumstances. In relation to car accidents, negligence requires the demonstration of:

We’ll take the necessary legal actions to make your wrongful death claim successful.  All our Initial Consultations are completely FREE OF CHARGE to our clients. Remember– it is crucial to act quickly after a loved one has been killed before any limitations can lower or extinguish a rightful claim. Call us for a free consultation.