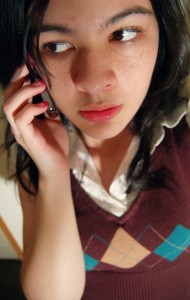 With the increase in the use if the internet as a mode of communication amongst the young bullying via the internet and other modes of mass communication has become an epidemic.  Yearly tens of thousands of student aged children are the victims of cyber bullying online on such platforms as Facebook, Twitter,  Text Messaging, Instant messaging, Instagram and Google Chat.  In response state legislatures have enacted laws on the prevention of Cyber Bullying.  Under California’s anti bullying law schools will be able to suspend a student for bullying other fellow students on social network sites, and other electronic platforms such as text messaging and twittering. How We Can Help: The Downtown LA Law Firm is dedicated to justice for children bullied in school or by students on Facebook or forms of cyber communication.  If you suspect your child is a victim of such acts contact us today.  We offer all initial clients a free no charge consultation including a case review in which we will determine the best legal course of action.

California AB 86 Assembly Bill will ” give schools authority to suspend or expel students for bullying fellow students over the internet, in text-messaging or by other electronic means.” What is the legal definition of Bullying Under California Law:  A California Anti Bullying Law Passed in 2000 prohibits discrimination and harassment in schools based on specified categories including, Sexual Orientation, Gender Identity or Expression, Race, Gender, Ethnicity, Nationality, Religion, Disability, Association with a specific group.  Specific acts which can be identified as bullying include:

A Cyber Bullying claim by parents of a student against other students or a school district for failure to respond in a proper manner to bullying can be exceedingly difficult to litigate.  Such cases require expert legal representation from a law firm dedicated to perusing justice for victims of bullying. Our law firm understands the deep emotional and mental trauma associated with such behavior.  We too were kids and remember the taunting and bullying that we experienced in school.  Fighting back against schools which continue to look away from such behavior is our passion.