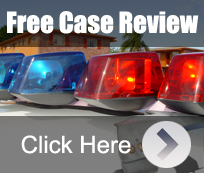 Taser Guns and Stun guns can pose a great danger to individuals who are victimized by their use.  Recently a man in the city of Vallejo received a $4.15 million dollar settlement against Police Officers who improperly used their stun guns causing catastrophic injuries including neck injuries and spinal cord damage. If you have been injured in a Stun Gun attack by a police officer sheriff’s department deputy or security guard contact our Personal injury Civil Rights lawyers today. We are here to help.

How Much Compensation Can I Receive For My Injuries?

Every case is different, and the amount of recovery for each case is unique.  At Downtown LA Law, we believe in utilizing every possible form of recovery, both economic and non-economic, in an effort to fully maximize your compensation.  This includes: The amount of recover in any lawsuit is based on the extent and level of one injuries, and the permanence of those injuries.

Tesers work by firing two small electrode darts.  Taser create a disruption in the nervous system cause temporary shock and paralysis.  The aim is to temporarily incapacitate an individual, interrupting the ability of the brain to control the muscle functions of the body.  If properly used the individual tazed will regain control of his body within seconds after the taser dart has been administered. Such policing techniques can be a useful in prventign further harm. However in some cases they can lead to serious permanent injuries and fatalities. Some of the most common injuries resulting from illegal taser gun use are as follows

The Los Angeles Police Department have been using Taser for many ears.  Law enforcement is generally trained in the use of Stun guns and other forms of non deadly force. However the use of stun guns can be deadly. And their reticent use can be an effective tool in law enforcement crime prevention. However, police officer use Tasers and Stun Guns in instances there their use is not warranted. Stun Guns can have a negative impact The use of these electrical devices is dangerous in that they can cause seizures, cardiac arrest and sudden death. Although using a Taser as an alternative to a deadly weapon is sensible in some cases, the negative health side effects of people who are susceptible to this electrical shock are very dangerous. Those with medical conditions or who use illegal drugs or other prescription drugs are more susceptible to serious injury or death than others when Tasered.

You Don’t Pay Unless We Prevail in Your Case: NO RECOVERY…NO CONTINGENCY FEE

If you are a victim suffering from a taser gun injury we believe that you have suffered enough. Your rights come first. It is under this belief that we stand by our policy: “NO RECOVERY…NO CONTINGENCY FEE.” We are a contingency-fee based Los Angeles Law Firm; this means there are no initial fees incurred by the client you don’t pay until you get paid. Compensation occurs only after, legally, money is recovered for your personal injury. Focus on Your Recovery and Let Us Take Care of the Rest

I had a previous attorney who failed me miserably. I reached to this Law group and it was the best decision I made. Very caring and understanding staff. Recommend this to law group to everyone.”