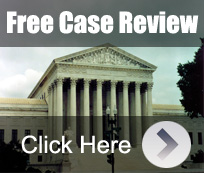 When will Punitive Damages be awarded to a Plaintiff

Damages are usually based on how much the plaintiff has suffered and the amount needed to take the person back to the state he was before the injury took place. Punitive damages are not given to pay for the suffering of the injured plaintiff or recoup his losses. The purpose of punitive damages acts as a deterrence, so that manufacturing companies, Insurance companies, or Individuals will refrain from perusing the same action in the future. Personal Injury Punitive damages only given in Torts claim and are not given in contract claims.  As a result United States law has allowed for plaintiff in Insurance bad faith cases to seek a claim under a Torts action.  This means that a plaintiff can seek punitive damages against an insurance company that has acted in bad faith in excess of the actual damages sustained

At Downtown LA Law we will pursue all Punitive damages claims when warranted.   Whether defendants are huge corporations building defective products or powerful Insurance companies acting in bad faith against policy holders we will fight for you and pursue the justice you deserve. If you have been involved in an accident or you have been hurt by a defective product it is important that you are represented by a law firms that will fight for your rights under the law and help you achieve the maximum monetary amount for your settlement. Achieving a Punitive Damage claim against major corporations can be a difficult and challenging task.  At Downtown LA LAW Group we have a staff of knowledgeable and experienced attorneys that will fight for you. For a Completely FREE CONSULTATION with a Los Angeles Punitive Damage Lawyer from the Downtown LA Law Firm call (888) 649-7166