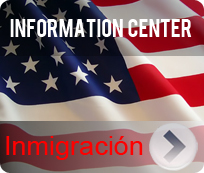 What is deportation, what are my legal rights; do I need a deportation lawyer or deportation law firm to represent me?   For Further Deportation Help, or to better understand the deportation process and deportation procedures please contact us (888) 649-7166 for a free consultation with Top Los Angeles Deportation Lawyers. (1) What is Deportation? The Legal Definition of Deportation is the transfer of an alien by exclusion of expulsion from the US to another country.  The foreign country can be the country that a person came from or if proper to a tertiary country.   Deportation laws are found in 8 U.S.C.A. § 1251, and the procedures are set forth for in §§ 1252–1254. Only the Federal Government has the authority to deport a person.  Deportation and immigration powers are under the exclusive control of the federal government.  Deportation takes place when the federal government formally removes a person that is considered an alien from the borders of the United States or America.  If you have been deported you can lose your legal right to re-enter the US. (2) I am being deported, what are my rights? Remember:  Removal and deportation from the United States legal process. You have certain rights here, It is important that you are aware of your rights to not be deported. Some of the rights include right to challenge the deportation based on both on procedure or constitutional basis. An Immigration and Deportation lawyer at your side is an important step towards fighting your deportation. (3)  Why am I being deported?  For What reasons can the Federal Government Deport me? Some of the Grounds for Deportation Include (4) I have committed an Aggravated Felony; Will I face deportation or Immigrations violations? Convictions for Aggravated Felonies face the toughest bases for deportation of immigrants. Aggravated Felonies include, rape murder, drug trafficking, many laundering, arson charges, and other violent crimes and property crimes.  Note Foreign convictions have the same effect, as long as the crime took place within the last 15 years.   Fighting deportation for an Aggravated felony convicting can be an arduous process. (5) I want to fight my deportation, what are the different ways I can defend my rights to stay in the United State? If you have been found to be in the United States illegally there are still way that one can stay a deportation from the United States.   Often, The US Citizenship and Immigration Service allows for relief from Immigration based on the reasons below. Note, it is important to be up-to-date with the latest immigration news or new procedures here as these rules are subject to change. (6) I need Deportation help and a deportation defense? If you need to defend your rights and defend your ability to remain in the United States it is important to know your rights and be defended by top Los Angeles immigration attorneys and deportation lawyers that have knowledge of the rules of immigration and deportation and will fight for your rights. For a Free Consultation regarding your immigration of deportation call (888) 649-7166

By submitting this form, you agree to receive telephone calls and text messages at anytime, which include hours outside of business hours (8:00 am PST - 9:00 pm PST). This is so that we may reach you as soon as possible in order to consult on your potential case.
WHY PEOPLE CHOOSE US?