Bicycle accidents often result in serious or deadly accidents due to the obvious nature of the bicycle. It is not surprising that Bicyclists are subject to many of the same laws as car drivers such as the provisions of law dealing with driving under the influence of alcoholic beverages or drugs. At Downtown LA Law, we strongly suggest that all riders follow every California Bicycle rule, including: California Vehicle Code VC 21201 (Equipment Requirements for riding a bicycle in the State of California) VC 21201 specifically stipulates that all bicycles be equipped with functional brakes, and that handle bars do not raise above shoulder height, or be too big for the rider. Furthermore, upon nighttime riding all bikes require: 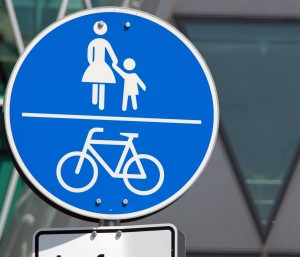 Statute of Limitations refers to the law the limits the amount of time within which a victim involved in a Bicycle accident may bring about legal proceedings. In the state of California, an individual has TWO YEARS in which to file a lawsuit for their damages resulting in a car accident. Although failure to file a claim within the statutory period could result in barring your claim, there are certain exceptions. Although the statutory period begins to run on the date of the accident, exceptions will be made in situations where the injured party was mentally incompetent or incapable of filing a claim. Furthermore, the statutory period is extended for minors under the age of 18. The minor has until their eighteenth birthday, plus the statutory period of 2 years to file the suit Lastly, the statutory period may be extended where an injury is unknown, but is later discovered. Additionally, Bicycle Accident claims against public agency, the claim must be made within 180 days from the date of the car accident. Also, the car accident claim must first be filed and denied before a lawsuit can be commenced. It is imperative that you call a Bicycle Accident Attorney at Downtown LA Law Today so that your time doe not run out.

In California, only the negligent party is responsible for the injuries incurred during a car accident. A person acts negligently when that individual fails to act in a manner expected of a reasonably prudent person acting under similar circumstances. In relation to car accidents, negligence requires the demonstration of: At Downtown LA Law, our Bicycle Accident Attorneys use every means possible to establish fault including police reports, eyewitness testimony, expert witnesses, photos, role playing and computer technology.

In many car accidents, fault is not black and white. In other words, there are several situations where more than one party is at fault. The question then arises as to what should be done. In the past, even if a party is 1% at fault, they would be barred from any recovery, even though they barely contributed to the accident. California now adopts a pure comparative negligence model. Under this theory, the injured party in a car accident will still recover damages in an accident, even if that party carries partial blame. Once the portion of fault is determined, that party is entitled to recover in proportion to the other party’s fault.

By submitting this form, you agree to receive telephone calls and text messages at anytime, which include hours outside of business hours (8:00 am PST - 9:00 pm PST). This is so that we may reach you as soon as possible in order to consult on your potential case.
WHY PEOPLE CHOOSE US?