Credit reporting agency giant, Equifax, was recently hacked revealing the sensitive information of roughly 143 million American consumers. The confidential information exposed includes Social Security numbers and driver’s license numbers. If you or a loved one have had your private information leaked as a result of this hack, you may be eligible to file a class action lawsuit against Equifax. At Downtown LA Law Firm, our well-versed Equifax data breach attorneys can guide you through the complicated process of filing a lawsuit for having your information exposed, and your identity was stolen. If you have any questions after this article, please feel free to contact our law offices for a free consultation by one of our associates.

Equifax is one of three large consumer credit reporting agencies in the United States. The two that hold the position along Equifax are Experian and Transunion. Equifax was founded in 1899 and is the oldest of the three agencies. Equifax currently owns the information of over 800 million consumers and more than 88 businesses worldwide. On September 7th, 2017, it was reported that Equifax had come under cyber attack resulting in the theft of the personal information of roughly 143 American consumers. This private information included things like names, Social Security numbers, birth dates, addresses, and in some instances driver’s license numbers. Anyone who had their information accessed as a result of the Equifax cyber attack could face identity theft. Identity theft is a truly devastating financial injury that is described as the fraudulent acquisition and use of an individual’s private identifying information, usually for the sake of financial gain. Listed below are some of the damages associated with identity theft: Regardless of how you were damaged by identity theft, if it was caused by the Equifax hack, you are entitled to collect a claim for monetary compensation. Those damaged by the Equifax hack can collect compensation through the filing of a class action lawsuit. However, regardless of how you experienced identity theft, there are some steps you can take to ensure that the damages are contained. These steps are listed below: Once these steps have been taken it is in your best interest to consult an attorney to sue Equifax or any other liable credit company for the damages that you have sustained.

The Equifax cyber security breach involved approximately 143 million Americans. With the number of victims being so great, those hoping to receive restorative justice may find that the best way to receiving compensation is through a class action lawsuit. A class action lawsuit is one in which a group of individuals with the same or similar injuries caused by the same product or action file a lawsuit as a single body. Listed below are some of the different forms a class action lawsuit can take: 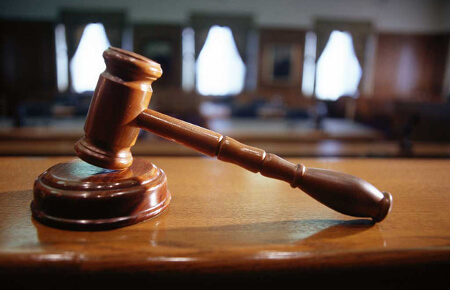 Having a skilled attorney on your side can mean the difference between filing a successful claim for compensation and having your case dismissed from court entirely. If you file your case with our Los Angeles law firm you may find some if not all of the following damages compensable: If you or a loved one has been faced financial damages as a result of the recent Equifax security breach our Los Angeles attorneys can help you figure out what to do next, and how best to pursue legal action. At Downtown LA Law Firm, our team of well versed legal consultants is committed to ensuring all of our clients have the resources they need to fight and win their case. As a show of our commitment to you and your case, we offer each of our clients the benefits of a zero fee guarantee policy. Under this zero fee policy, all clients don’t pay for our services until their case is won. If you feel in need of a second opinion, second opinion case reviews are also free under this policy. Call our law offices today for a free consultation by one of our skilled attorneys, and we can discuss the incident, your damages, and the path to receiving proper compensation for your damages.