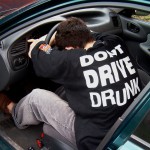 Getting charged with DUI offenses is one thing, but when it’s about dealing with DUI accidents, only the finest Los Angeles DUI defense attorney can handle the situation. According to hundreds of surveys concerning motor accidents in Los Angeles, “negligence” plays a very vital part. To avoid DUI accidents, always make sure that: The above precautions were stated as a general guideline for all drivers who are interested in avoiding DUI accidents litigations.  However, what is a person supposed to do if he has encountered a DUI accident, despite of being careful? The LA DUI Defense lawyers have reportedly found out that prosecutors, police officers, evidence and insurance companies are not always accurate. Every individual, who is directly or indirectly involved in the DUI accident proceedings, carries a different version of the story. What to Do After DUI Accidents In DUI accidents, a previous clean slate record maintenance matters a lot. If a DUI offender is caught up in a serious situation, his charge can be reduced to nothingness if an impeccable driving record is available. However, most cases of DUI accidents usually end up with a fine of $20,000, incarceration and driver’s license suspension. Factors That Aggravate DUI Accidents Both California and Los Angeles have a “3 Strike Rule” against DUI offenders who are arrested for accidents. The 3 strike rule is sentenced as: Sometimes fate plays an unfair role in DUI accidents. You may have been driving carefully and paying attention to all the traffic laws. But when an accident occurs and the person whom you just collided with is at fault, the police may not believe your statements. What Are Your DUI Accident Resolutions for 2012? Have you retreated to following a number of resolutions for preventing possible DUI accidents? If not, now may be the right time to plan something while you have the time and resources for it: The defense attorneys at Downtown LA Law are always working to help their clients. During this time of the year, DUI conviction rates in Los Angeles are higher than ever. It’ll save you a lifetime of trouble to contact our law firm as an assurance of safety against all possible road disasters in your future.