We Fight Hard So You Win Big

No Fees Unless We Win for You 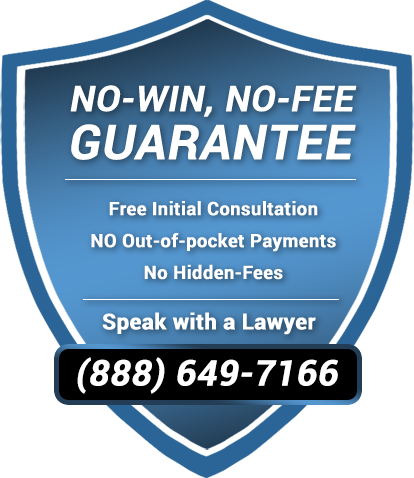 Over time, we’ve won thousands of cases securing millions for our clients.

We have 30+ years of experience and knowledge to fight for our clients.

Communication is key and our bilingual staff is glad to talk w/ you!

Count on us to be there, in-person or by phone anytime of the day, 365 days a year!

If you wish to file a lawsuit after suffering injuries. Call us immediately. No Upfront Cost. Free Case Review. We fight you win.

What We Can Do For You 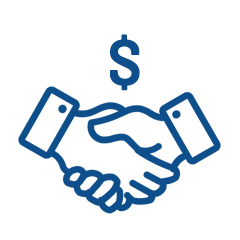 Cash Advance on Your Case 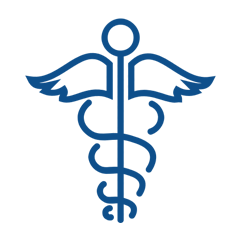 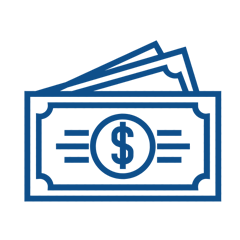 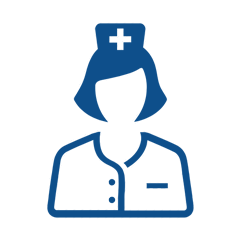 We do for you, What others can’t! 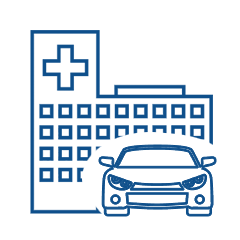 Get Help with Transportation 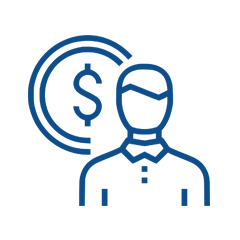 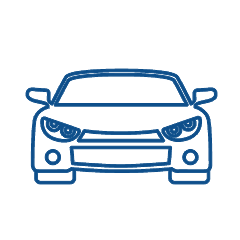 We Come to You 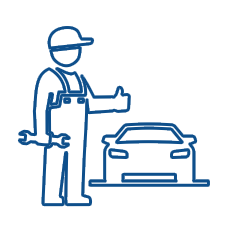 If you are in a auto accident or scooter accident call us immediately. No Upfront Cost. Free Case Review. We fight you win.

As the electric scooter-share industry continues to grow in popular cities throughout the state, the instances of accidents involving these scooters have also increased. Because scooter accident claims are relatively new to the legal field, there is a general lack of information available from victims and their families.

At Downtown L.A. Law Group, we have dedicated our time and effort to ensuring that our experts are prepared to handle these cases. If you or a member of your family were involved in a Lime or Bird accident that resulted in damages, you might have grounds to take legal action. Could you take legal action if your scooter accident was caused by a pothole? Regardless of the cause of your scooter accident, you could pursue an injury claim. If you would like to learn more about the legal action that you can take after being involved in a electric scooter accident, do not hesitate to

Statistics show that there have been more than 1,500 scooter-related accidents in the past year throughout the United States. Shortly after electric scooters emerged, a study began in Southern California (information about the study is available through JAMA Network). The study focused on two hospitals near these scooter “hot-spots” and evaluated information made available through these hospitals during a one-year timeframe. During this time, there were almost 250 patients admitted to these hospitals after scooter-related accidents. The majority of these patients, approximately 80%, suffered injuries after falling from their scooters. Approximately 11% of these patients were involved in accidents after colliding with another object. Because scooter accidents are relatively new types of accidents, it is possible that the numbers available are inaccurate; after all, many hospitals still don’t collect information on these types of accidents. If you would like to further review data on scooter accidents, do not hesitate to seek the assistance of an expert on scooter accidents.

2. Who is Liable for Lime and Bird Scooter Injuries?

Who is responsible for Lime and Bird scooter injuries if the accident was caused by a pothole? Depending on the specific situation, potholes must be addressed by the county, the city, or by transportation agencies. If you hit a pothole and suffered an accident in the city of Los Angeles, for example, the city of Los Angeles might be liable for the harm suffered. This is specifically due to the fact that the city is responsible for maintaining roads. If they fail to address the hazard posed by a pothole, they could be held accountable for failing to take action to fill the pothole.

You hit a pothole, but you find that the brakes are not working when you try to come to a stop to avoid a collision. You cannot avoid a collision because of the faulty brakes. In this case, who is liable? Without a doubt, the city or other responsible party could be partially liable for the accident. Would the scooter-share company also be liable due to the faulty brakes that contributed to the accident and the harm suffered? Without a doubt, both Bird and Lime could face liability under these circumstances.

WHY CHOOSE US? EXPERIENCE – TRUST – COMPASSION

NO UPFRONT FEES OR COSTS

At DTLA Law, our California accident lawyers strive to earn the trust of our clients and to show prospective clients that we are strong and dedicated advocates for the injured.

You will not have to pay a single penny for your legal help until we win your case. Our Zero-Fee guarantee ensures that you have access to all the information that you need without worrying about legal expenses. Our contingency structure ensures that you will not pay legal fees until after your case is successful.

For more than 25 years, DTLA LAW has been championing the rights of accident victims throughout Southern California.

We have obtained hundreds of millions of dollars for victims of accidents, including sidewalk accidents, slip and fall accidents, and other personal injury cases.

Speak with a Lawyer About Your Case Now! Free Case Review 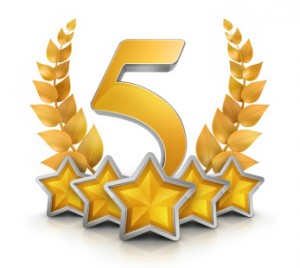 DTLA Law Group’s injury team works hard to secure you the best settlement possible. Our Firm includes many of the top rated award winning personal injury lawyers in the nation, and our stellar reviews show our commitment and dedication to our clients. We strive for nothing less than the maximum settlement for every case that comes through our doors. Our Personal Injury law firm places a heavy emphasis on communication and openness, so we are available to speak with our clients 24 hours a day, 7 days a week. Personal injury is an area of law based on damages that affect the body. Physical harm is the main predicate for these claims, and injuries can happen in any number of ways whether in car accidents, dog bites, construction accidents, bed bugs, slip and falls, and by defective products. These injuries can happen anywhere, whether at work, in the park, or in someone’s yard. Injury Cases are handled by a personal injury lawyer and will be handled with a settlement between us and the insurance agency, or we will go to civil court to seek a verdict.

Basis of a Claim

In order to file a lawsuit, you must be aware of the concept of negligence. You will only be able to win your personal injury case if you can prove that the opposing party was negligent in his duties and caused you harm. Negligence can be established as true via the following four points: Our Injury Legal team has recovered $250 million in settlements for our clients. We have a top success rate and have served thousands of clients throughout our tenure in the law field.

What Our Clients Say

My husband and I were involved in a motorcycle accident in March. We reached out to DTLA Law Group and spoke with Sall. Sall did not only beat the case but he was there for us every step of the way, while I was in recovery, and through physical therapy.

I have used DTLA Law Group twice now, both for car accidents. Each time I received a fair settlement and honestly received more than I expected. The entire team of DTLA were professional, courteous, and friendly. Their paralegals there are top notch!

The only car accident lawyer I’ll ever go to is Farid from the DTLA Law Group. He treated me well and I recommend him to all my friends for all their legal matters.

With Personalized Service from DTLA Law Group, You Don’t Have to Fight Alone!

At DTLA Law Group in California, we believe that many injuries are not caused by accidents. In fact, they’re a sequence of events that happened because someone, somewhere, was negligent in his duty of care to the public. When a driver doesn’t pay attention, he made a choice to not watch the road, and when an employee doesn’t fix a leaky cooler, he made a choice to shirk his duties. Violation of this duty of care can lead to incidents and injuries, all of which contribute to negligent action. Negligence is the basis of personal injury law, and our California law firm knows these laws and regulations inside and out. We always aim to bring justice to victims of negligence and will passionately fight for every cent that you deserve. Our lawyers have decades of experience among them, both in negotiations and in court. We have consistently topped the list of premier law firms in Los Angeles, and our remote offices serve various locations around California, including San Francisco, San Diego, San Jose, Sherman Oaks, Sacramento, and Riverside. We handle numerous aspects of personal injury law, from product liability lawsuits to rideshare accidents, and we have recovered hundreds of millions of dollars for those suffering damages ranging from emotional scarring to permanent injuries. Our attorneys are known for their tough litigation and negotiation tactics, and we are available to help in settlement negotiations with insurance companies across these California counties: Orange, San Bernardino, Santa Clara, Alameda, Contra Costa, Fresno, Kern, Ventura, San Mateo, San Joaquin, Stanislaus, Sonoma, Tulare, Santa Barbara, Solano, Monterey, Placer, San Luis Obispo, Santa Cruz, Merced, and Marin County.

Our Most Recent Victories

Our client was electrocuted while staying at a hotel. The internal wiring was faulty and not grounded properly, and our client had a sudden shock that caused burns and nervous system damage. We held the hotel and contractor responsible for the errors in the wiring.

Our client tripped and fell on a piece of sidewalk that was improperly laid down. The sidewalk had a lip that was not flush with the rest of the ground. The government building in front of the sidewalk was responsible for its upkeep but denied liability until we challenged them in court.

Our client was seriously injured when a box of merchandise fell from a shelf at a retail outlet and struck him on the shoulder. He required surgery to repair the damage and was unable to work for 9 months. The case was a success due to many witnesses and experts called on during the trial.

Our clients were a married couple who were struck by a tractor trailer while traveling on the freeway. Both suffered severe injuries that required surgery and caused them to be out of work for months at a time. The truck driver had been on the road for more than 12 hours, in violation of regulations. The company paid out the coverage for our clients’ debts.

Our client was crossing the street at an intersection when he was struck by a vehicle turning right. The driver as using his phone at the time of the incident and did not yield to the red light or to the pedestrian. The serious injuries our client suffered included broken bones and paralysis of her right leg. We had all of her medical expenses and other damages completely covered.

Our client suffered a slip and fall injury at a supermarket. She cracked her hip on the fall and ended up suffering numerous complications that required two surgeries. Thanks to video evidence and the testimony of eyewitnesses, we won her the full amount we sought, and the supermarket was held 100% liable for the damages.
Talk to an Attorney Now! Free Case Review

Get Paid for Pain, Lost Wages, Medical, and Damages