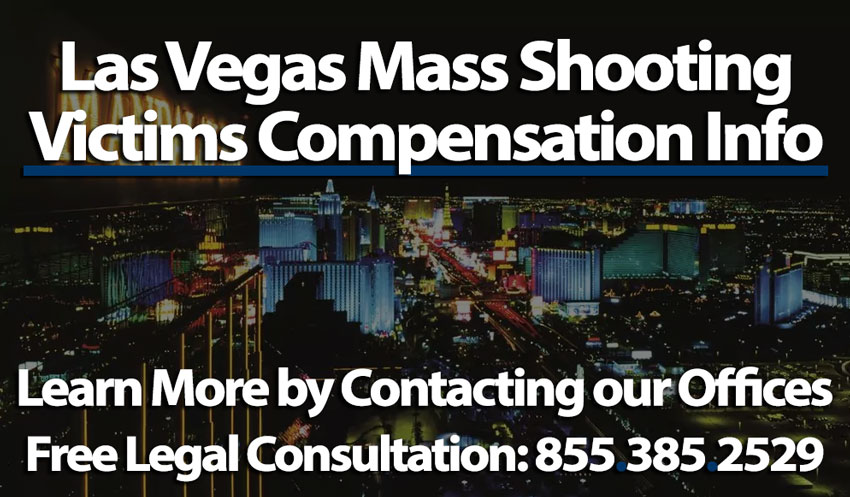 This last week hundreds of people were injured and many died in one of the deadliest mass shootings in modern day U.S. history. In light of what has happened, we are investigating whether the casino where the incident took place has any liability. Based on preliminary investigations it appears that the casino should have had proper security measures in place to protect against these types of incidents. In fact, it appears that under specific threat assessment reports the casino was aware of such a scenario.

Typically a hotel or any business is not responsible for the independent acts of a 3rd party perpetrated against guests. This is in part because a hotel cannot control when a rouge 3rd party causes harm to any of its guests or others on the property. However, in this particular situation, you have different theories of liability.

– Sexual abuse – on the rise or more noticeable?

First, you consider the volume of weapons brought up the attacker. According to news reports, the attacker Stephen Paddock had brought up as much as 23 different weapons to his room. These weapons included automatic and semiautomatic weapons, which would deliver heavy firepower, inflicting serious injuries. Additionally, the attacker had brought hundreds of rounds of ammunition to his room. If you consider hotel security measures it is important to understand what a typical or reasonable person would do in a similar situation. It is likely that you would consider it suspicious if a hotel guest was bringing up hundreds of rounds of ammunition and weapons to his room. Second, the security measures at the hotel were not adequate to prevent such an event. It would be reasonable that a hotel the size of Mandalay Bay would run various threat or risk assessment models. It is likely that the security team would put together various models and how to deal with the threat. This is particularly true if you consider the geographic positioning of the hotel on the Las Vegas strip. It would be likely that a threat of this size would standout and various security measures should be installed. It is clear that certain hotels have safety mechanisms to detect the use of guns or the entry of weapons onto the property. Third, reports indicated that Stephen Paddock had installed security measures himself onto the property. This includes surveillance cameras outside of his hotel room and inside the hotel room. These were installed in-order to notify him of anyone attempting to enter the room. It is important to question how he was able to install this type of equipment without raising any suspicion. Additionally, according to news reports the assailant was in his room for three days with the do not disturb sign activated. The question is whether this would have triggered suspicion by the hotel staff that something was amiss.

Finally, the question is whether the hotel staff was properly trained to detect this type of threat. It would seem reasonable that hotels would train staff to detect such suspicious activity and notify the appropriate parties. This is even more important when you consider the type of atmosphere we currently live in. With shootings at concerts and other major events over the past year, it would not be abnormal to guard against these threats.

– My Uber Driver Sexually Assaulted Me, What Should I Do?

Those whose loved ones were lost in this tragedy would be able to file a wrongful death lawsuit. We are currently preparing lawsuits against the estate of Stephan Paddock and other entities. We’re exploring a cause of action against the Mandalay Bay hotel for the lack of security measures as well. If you were the brother, mother, sister, child or wife of those who died, you would have a claim for damages. Las Vegas has specific rules for who can possibly be included in a claim for damages against. If you are considering moving forward with the lawsuit or would like additional information please contact our office to discuss the details.

Those who were injured would also have a separate claim against the same entities. Injured parties would have a claim for damages sustained as a result of the hotel negligence. If you or your loved ones were injured contact us today for a free confidential consultation. To all of those who have suffered from this senseless tragedy, our condolences. If we can be of any service feel free to let us know.