A client contacts you with severe and persistent pain that seems to have no resolution. At one point, there was clear trauma to the affected area; however, there is no longer a clear explanation behind the pain that your client is experiencing. Because these cases are generally very complicated, even experienced attorneys could struggle with these cases due to both conflicted medical evidence and the issue with finding the suitable damages and causation. Although CRPS is a complicated matter, the claim does not have to be complicated. Attorneys must manage CRPS with more of a holistic approach – your client is dealing with chronic pain. The better that you understand that, the more likely the claim will lead to a successful outcome. 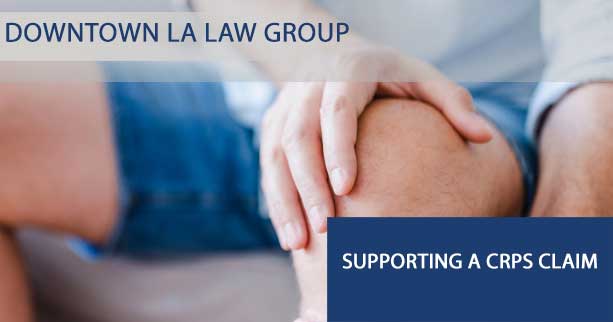 CRPS – Complex Regional Pain Syndrome – is a type of chronic pain disorder that affects the extremities, such as the arms, legs, hands, or feet. There are two categories to CRPS – Type I and Type II. CRPS Type I is characterized specifically by swelling, pain, and vasomotor dysfunction of the affected extremity. What causes CRPS Type I? CRPS Type I is associated with a traumatic injury or a surgery; however, CRPS Type I is not associated with a nerve injury. On the other hand, CRPS Type II is directly associated with an injury to a nerve. What could lead to CRPS? Anything from a fracture, laceration, soft-tissue injury, or any sort of surgery has the potential to lead CRPS. In general, the typical pain associated with CRPS is described with sensations of pins and needles, electric shock, and burning, for example. CRPS has repeatedly been concluded to be one of the most painful pain disorders.

The Nervous System and CRPS

CRPS is not like other conditions. There is no specific test that can be used for a quick diagnosis of CRPS. Instead, a diagnosis is based on the specific symptoms and signs present in the individual. Diagnoses must be made using something called the Budapest criteria. The Budapest criterion consists of the following:

– Can I Receive Workers Comp for PTSD

The Different Stages of CRPS

After identifying the type of case, you can start focusing on building the case. In general, pain is subjective. However, CRPS comes paired with a number of objective factors, all of which can be used to build the case and essentially prove the diagnosis. These factors could include all of the following:

Because these changes only affect a specific limb/extremity, the affected limb/extremities can be directly compared to their unaffected counterparts – making it clear that there is an underlying issue. It is also essential that diagnosis is objective. As mentioned above, there are certain requirements that all signs/symptoms must fit for a diagnosis. In addition, there is no standard testing that can quickly lead to a diagnosis. Because CRPS affects patients in many different ways, it is also difficult to subject all patients to the same diagnosis method. Consider some of the following methods often used to objectively diagnose CRPS:

Unfortunately, CRPS is something that cannot be cured. However, the appropriate treatment can prevent the condition from progressing and can increase expected quality of life, for instance. Treatment options for CRPS include the following: