From 2003 to 2015, 3M, a Minnesota-based company, sold earplugs both commercially and privately. It had a private deal with the U.S. Military in which it would sell 15,000 packages of earplugs, or 750,000 pairs, per year. The earplugs are meant to protect users’ ears and hearing due to the copious explosions, booms, gunshots, and other loud noises present at training grounds. However, after 12 years on the market, the earplugs were discontinued by 3M, and the company did not issue a recall for any previously used or sold items. Therefore, the products are still present and being used, and users can suffer permanent hearing damage if they keep the earplugs in. Our team of attorneys at the Downtown LA Law Group can help you sue 3M or join a class action lawsuit against the company if your hearing was impacted because of your usage of the earplugs.

The earplugs came in many forms, but the most prevalent was the dual-ended cone-shaped earplugs that did not have cords. Users could simply insert and remove them from the ears at will. They have numerous coils to snugly fit in the ear and prevent sound from entering. One part of the earplug was designed to allow low-level sounds to be heard by the wearer, while the other was meant to block out noise completely. 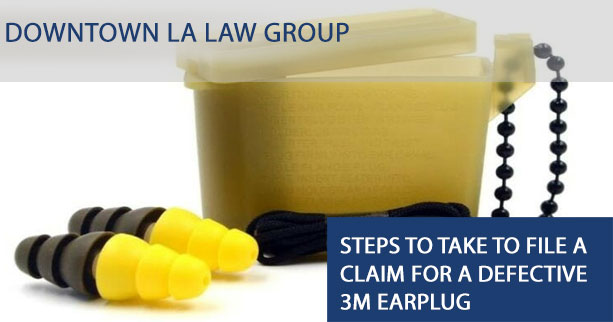 However, the earplugs were revealed to not form a tight enough seal when inserted into the ear canal. This meant that the loud sounds slipped into the ear without the wearer being aware. As a result, wearers were eventually afflicted with partial to total hearing loss or deafness, tinnitus (or a high-pitched ringing that is constantly present in the ears), and loss of balance or equilibrium in the inner ear. The earplugs did not have any proper instructions provided by the company, and there were no hazard warnings or anything to indicate that the earplugs could fail. This became the basis of the lawsuit against the company; 3M’s failure to provide any foresight or warning to customers, paired with a design flaw, would put them on the hook for liability.

On a previous occasion, 3M had paid a nearly 10 million dollar settlement for providing earplugs that it knew were defective to the Defense Logistics Agency. Testing had been conducted and it was found that the earplugs were defective and did not provide adequate hearing protection, but the company did not admit to this and instead lied, claiming that it met the standards for the military. As a result, hundreds of individuals have joined together to sue the company. The lawsuits seek punitive damages and other losses. 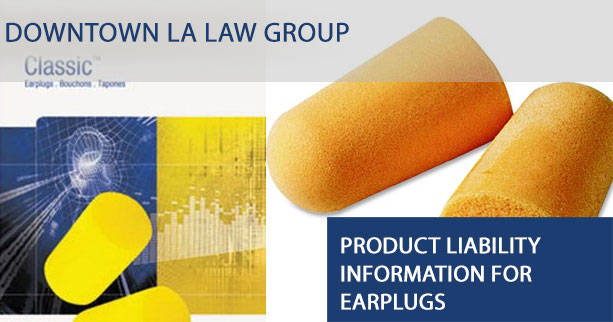 A class action claim can be filed against the company to cover such damages. Class action lawsuits are filed by groups of plaintiffs against a common defendant, and a lawyer collectively represents all of the individuals. Because of the sheer number of earplugs sold and the amount of veterans and military members affected by the defective earplugs, the amount of cases would be very high. A class action lawsuit encompasses all the evidence from the plaintiffs. One of the main benefits to class action claims is the abundance of evidence. When you have hundreds of pairs of earplugs that are defective provided by wearers, it is hard to deny that there was an issue somewhere along the line. Copious medical notes and evidence of hearing damage will also provide ample reason to hold 3M liable. One of the downsides to class action lawsuits, though is the compensation system. If the company does pay out a settlement or verdict to the plaintiffs, the total amount will be evenly distributed among those included in the lawsuit. This means that each individual will receive a smaller amount of the total, which may not cover the bills and expenses. If you wish to have a larger amount that is paid out only to you, it is wise to file a personal injury claim instead of joining a class action lawsuit.

To file a product liability lawsuit against 3M for defective earplugs, you must be able to show that the company was negligent in some manner. There are three possible points that can be shown in product liability claims, which are: The product had a design flaw that meant it would not work properly and could cause incidents or injuries The product had a manufacturing error that would affect numerous batches of it and would prevent it from working, but it may not have been present in all items (thus, only a certain number would be recalled or broken) The product did not have any warnings on its packaging or on the item itself to tell the user about any risks or hazards The earplugs by 3M likely failed under both the first and third points. The company should have designed the product better and ensured that it did not have any glaring flaws, and it should have had a warning just in case. It knew of the defect for a while and yet it still did not write any hazard warnings to protect itself or others.

If you were hurt after using a 3M earplug, you should follow these steps to prepare for your lawsuit. It will benefit you greatly and allow you to recover the most compensation available for your case. First, you should get medical treatment to evaluate the extent of the hearing damage you suffered. Most hearing loss is irreversible, but you could take preventative measures to ensure it does not worsen over time. You should hold on to the receipts and notes from the hospital visits and treatments, as well as keep anything that illustrates what kind of suffering you had and what the future plans will be. Next, you should make sure not to throw the product away or return it. Too often, individuals get rid of the key evidence they have for product liability cases. If you get rid of the earplugs, you will not have your item to prove that there was a design flaw and that sounds could still enter. You should not try to fix the earplug yourself in any way. It is unwise to try and widen the earplug or modify it so that it better fits your ear. There may be other individuals who were afflicted with hearing loss from the defective earplugs. You could ask them for their statements and testimonies on the condition of the plugs and how well they work. We will also work to hire expert witnesses to testify on your behalf. Finally, you should be sure to contact a lawyer with experience in class action lawsuits or product liability claims. There may be numerous other people nearby who were similarly injured due to the defects preset in the earplugs. You can join with them in a class action lawsuit, but it is best and most effective if you are represented by a skilled lawyer. An attorney can ensure that all of the evidence is gathered together and submitted to the insurance company, and can get all of the details in order. You may lack negotiating experience, legal experience, time, money, and more, and the stress of the claim could be damaging. Let a skilled attorney work on your 3M earplug claim for you so you can win what you deserve.

Individuals who suffered hearing loss and other ear damages because of the defects present with 3M earplugs should be given fair compensation for their damages and losses. Our lawyers will strive to win you damages for the following:

Many individuals are seeking punitive damages as well against the company, which are additional forms of compensation handed out when the entity knew that there were a problem and continued to manufacture the product or when the entity was grossly negligent. Punitive damages are hard to win, though, as many judges and juries view them as excessive.

How We Help You

The Downtown LA Law Group is one of the premier law firms in town. We have a penchant for winning cases against big businesses and our attorneys have collectively won hundreds of millions of dollars for our clients. We know the best tactics and strategies to win your case and will stop at nothing to bring you every penny you deserve. If you join a class action lawsuit against 3M, we will endeavor to make sure all the individuals we represent are protected and compensated. Call our law firm at (855) 339-8879 for a free legal consultation to discuss your case. We will tell you how much we believe your claim I worth and what the class action process is like. We will also tell you more about our zero fee guarantee, which states that you won’t have to pay us a dime throughout the case. We won’t get paid unless and until we win and the money will come from the settlement given to you by 3M. Further, if we lose, we take no money from you, and you won’t owe our firm anything. Let our lawyers file your class action lawsuit against 3M for defective earplugs. Contact the Downtown LA Law Group today for more help.