Xarelto is a popular drug, which recently has been linked to deadly and serious side effects. Such side effects can cause material or life changing issues and in some cases death. If you or your loved ones have taken the following drug, you may be entitled to recovery for your injuries. At this time our firm is evaluating Xarelto drug lawsuits. Our firm offers 100% free consultations and should we decide to take the case, it will be handled on a contingency fee basis. 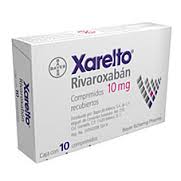 Xarelto as a drug was initially manufactured as a anticoagulant or more commonly known as a blood thinner. The drug, Xarelto has been marketed as a blood thinner to help in the reduction of blood clots. This drug was first  a substitute to Warfarin as it was deemed a better substitute. As opposed to Warfarin, Xarelto did not have the same dosage adjustment issues and nutritional requirements. However, unlike its predecessor Warfarin, Xarelto did not have a reversing component in the event of a catastrophic accident. As a result those who were injured in a motor vehicle accident or any type of personal injury could not stop the bleeding caused by taking Xarelto. This was particularly dangerous in situations where you had cerebral hemorrhaging. As a result many individuals suffered serious injuries or in certain unfortunate cases, death. Even though the original use of the drug was to stop blood clotting in patients with atrial fribulation or to treat deep vein thrombosis or pulmonary embolism, its many side effects soon emerged. As a result, many have already taken the opportunity to file a lawsuit for the harm suffered as a result of taking Xarelto.

According to reports there were over 100 deaths associated with the use of this drug. Side effects are different for many users. However, we have compiled the following list of side effects caused by the use of these drugs. They include; Deep vein thrombosis, otherwise known as DVT; Uncontrollable bleeding and hemorrhaging; Pulmonary Embolism; Heart Attack; Stroke; Death; Organ failure; Each case needs to be evaluated in order to fully understand the extent of your injuries. If you were hurt you may be entitled to recovery for your damages.

Manufacturing Liability, Why is XarelTo Defective

Based upon the current information available, there can be a number of different reasons why Xarelto is deemed a defective drug. Prior to the introduction of Xarelto on the market place Warfarin was considered the blood thinner of choice. However Xarelto provided a different solution. Xarelto was marketed as a drug that essentially worked to prevent blood clots from forming. However, shortly after it was administered as anti blood thinner agent, reports were issued that it was in fact responsible for causing the same exact issues it was supposed to prevent. A product is generally considered defective when it fails to satisfy or meet the expectations of the consumer. Or when it fails to perform as intended.