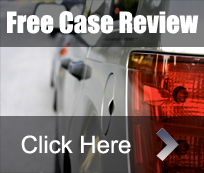 A Rollover accident is statistically amongst the most dangerous forms of accident which take place on the road.  Nearly 30,000 people are injured and 10,000 killed in such accidents.  SUV’s are not the only vehicles to be involved in such accidents; regular cars, pickup trucks, large semi trucks, and vans can also rollover causing high levels of bodily harm and death. Victims of rollover accidents are entitled to compensation for their injuries from negligent defendants including auto manufacturers liable to designing SUV’s and light trucks that are highly susceptible to rollovers. Downtown LA  Law is a California Based Nationally recognized personal injury law firm with a unique emphasis on providing legal representation to victims involved in Rollover accidents caused by defective auto manufacturing practices by multinational auto companies including Ford, General Motors, and international brands Mitsubishi, BMW, and Toyota. Sport Utilities Most Prone to Rollovers: The number of rollover accidents in the United States has doubled over the pas two decades. SUV’s most prove to rollover are as follows. SUV Rollover Lawyers: SUVs’ are amongst the most prone to rollovers because of their high ride stance.  Usually SUV rollovers are caused by

Product Duct Liability Lawsuit Against Auto manufacturers for developing Automobiles which pose a high risk of Rollovers: Generally there are three ways a claimants of a product liability case can prove the presence of a defective automobile. (1) Design Defect: The original design was posed an inherently dangerous risk far greater then its counterparts. (2) Manufacturing Defect: In that the automobile to roll off the assembly plant was markedly different and as a result more dangerous then the original intended design.

Rollover Information:  Here is some important information you need to know about Automobile Rollovers.

Young Driver at a greater risk of SUV Rollover accidents:  According to studied by the NHTSA and various other organizations the highest rollover rate is young drivers between the ages of 16-24 years.  Accordingly young drivers are 200% more likely to be involved in a rollover accident. Similar to other accident rates young male drivers are at a greater risk of SUV rollovers. Some other information is presented below. Single Vehicle SUV Roller Accidents: According to Characteristics of Fatal Rollover Crashes published by the National Highway Traffic Safety Administration the vast majority of rollover crashed in the United States are single vehicle crashes. In many instances defective auto designs and manufacturing process are the chief cause of single vehicle Sport Utility Vehicle Rollovers. Common Injuries in Rollover Accidents: Common injuries due to Sport Utility and Truck Rollover accidents are as follows

The Ultimate Guide to Rollover Accidents

Our Personal Injury Law Firm utilizes its resources to determine what party was at fault and who can be held liable. In achieving our investigate important factors so that we have the evidence we need to protect your rights.Some important factos we investigate include, How did the rollover take place? Was there an accident? Has the particular SUV been recalled, Did the manufacture have pre-warned knowledge of the rollover dangers associated with their vehicles. If you’ve been injured in a collision, you must first tend to your wounds and heal your injuries.  Seeking vindication of your rights is our job.  At Downtown LA Law Group our Rollover Accident Lawyers are skilled and knowledgeable in Truck accident injury laws and specifically SUV and Light Truck accidents cause by defective manufacturing. Our aggressive and tenacious Litigators will keep on the offensive until they make sure you have been fully compensated for your injuries and vindicated for your loss. We seek to take care of every legal detail and make sure you achieve the highest compensation possible for your loss; in the meantime, concentrate on the most important part of this process – your recovery.