Based on premise liability, establishment owners have the duty to keep the premises reasonably safe for patrons. One way in which the bar owner could have performed his or her duty of keeping patrons safe is to hire adequate security. The lack of security at any establishment could contribute to the extent of harm caused by the attack.

When discussing the bar owner’s liability, other questions arise outside of whether or not competent security guards were present. For instance, were there clear emergency exits? Were any of the exits blocked by seating, lighting, boxes, speakers, or any other obstacles? Were exits unmarked? Was there enough lighting in the bar for patrons to see the exits?

Without a doubt, it might be too early for victims and their families to start thinking about pursuing a claim against any party liable for the harm suffered. However, you should be aware of your rights. 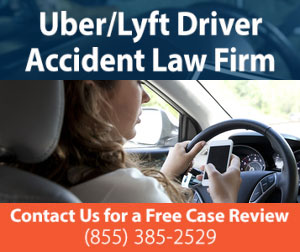 The Los Angeles Personal Injury attorneys at Downtown L.A. Law Group are dedicated to protecting and serving the rights of individuals who have been injured in car accidents, truck accidents, motorcycle accidents, dog bites and attacks, slip or trip and falls, or any other accident resulting from the negligence or wrongdoing of others. Our Southern California legal team understands that the needs of each individual are different, and we pride ourselves in providing specialized legal services in all practice areas, including wrongful death, serious injuries, defective products, pedestrian accidents, bicycle accidents, catastrophic injuries, birth injuries, and brain injuries.

Unlike other personal injury law firms, we have each of our cases carefully assessed by our expert legal staff and allocated to a team of professionals trained in maximizing the amount of compensation you can receive. When you pick us, you get certain perks.