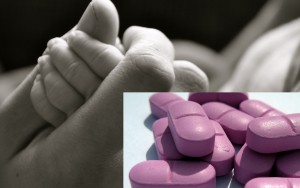 The Downtown LA Law Firm is dedicated to persuing litigation against pharmaceutical prescription drug manufacturers for child birth defects caused by antidepressant medication including Atrial Septal Defects. If you were taking an antidepressant during your pregnancy and your child has been diagnosed with an Atrial Septal Defect (ASD) or any other form of birth defect contact our drug defect law firm. You and your child may be entitled to full and just compensation from drug manufacturers.

Paxil Linked to Congenital Heart Defect in Infants Paxil (also known as Paroxetine, Seroxat) is an antidepressant produced, marketed and distributed by GlaxoSmithKline (GSK).  FDA Warning On Paxil Atrial Septal Defects: In 2005 the Food and Drug administration issued a warning based on studies by numerous medical health journals which showed an increase rate of birth defects and in particular heart related birth defects amongst children of women who took the during the first trimester (1st three months) of pregnancy. In the advisory warning, children of woman who took Paxil were at a 100% increased rate of congenital heart defects. The FDA stated, “the risk of heart defects in babies whose mothers had taken Paxil early in pregnancy was about 2 percent, compared to a 1 percent risk in the whole population.”

Other Anti- depressant SSRI Medications which can cause Other than Paxil other antidepressant SSRI medication which have been linked to an increase in the rate of child birth defects, in particular congenital heart defect amongst children of mother who took such medication before and during pregnancy are as follows;

Atrial Septal Defect –  Congenital Heart Defect: ASD Birth Defect Diagnosis Atrial Septal Defect (ASD) is a form of congenital heart defect which effects thousands of newborn infants each ear. Linkage between such defects and the use of SSRI Antidepressent drugs used during the first trimester of pregnancy have been presumed in various studies conducted by some of the leading health journals. ASD is one of the most prevalent form of congenital hear defects accounting for up t0 40% of all congenital heart disease diagnosis by adulthood. In normal hearts the right and left atria of the heart are separated by a barrier called the interatial septum.  In infants who have been diagnosed with ASD the barrier allows for seepage of blood from the left atria to the right mixing the oxygenated rich blood with the non-oxygenated  blood held in the right ventricle. There are three general type of ASD

The diagnosis of Atrial Spetal Defects usually takes place either in utero or during the first few months of childhood. Atrial Septal Defect Lawsuits Congenital Heart Defect Claims against Paxil and other manufacturers of other Antidepressants can be challenging requiring the knowledge and determination on the part of your legal representatives. It is our duty to guide you through the legal process and present you with the otimum legal course of action so that you and your child can be fully compensated for the injuries suffered. The Downtown LA Law Firm is a Los Angeles California based national drug side effect law firm representing victims if defective and dangerous pharmaceutical prescription drug medication. If you like to speak to an attorney regarding your claim call us tool free (888) 649-7166. All consultations with one of or attorneys are completely free of charge.